A Blast from the Past – Peggy Vogds 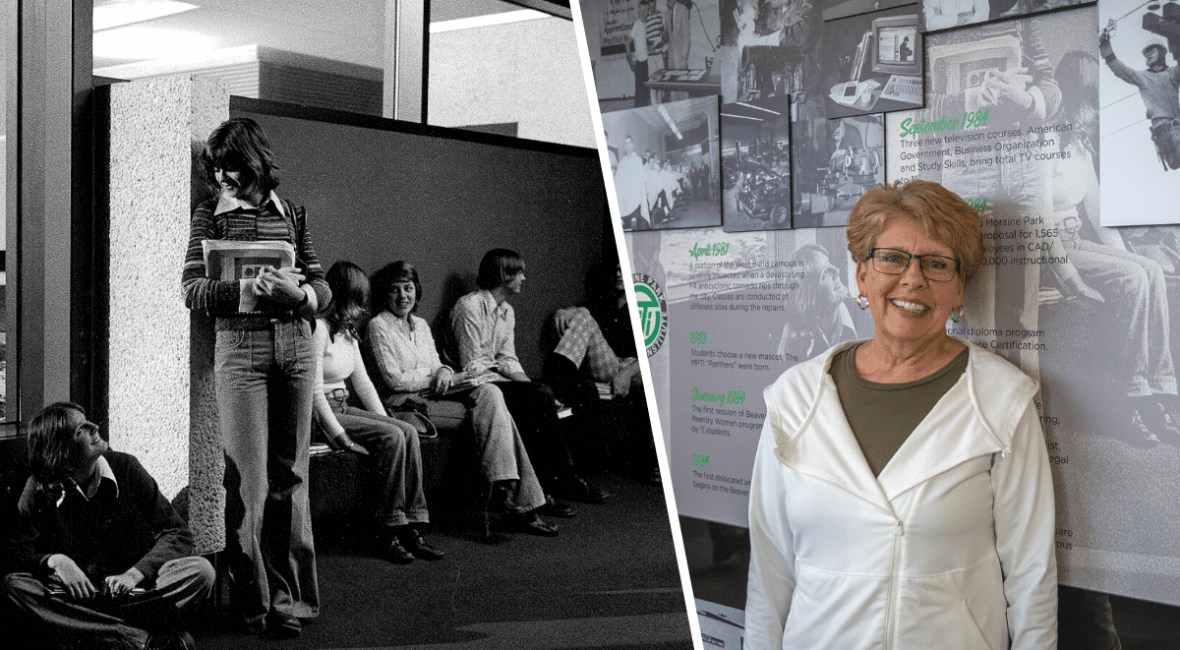 In 1975, Peggy Vogds and her classmates gathered for a photo on Moraine Park’s Fond du Lac campus. Almost 50 years later, she recognized herself in the photo displayed in the same hallway it was taken–a piece of her history frozen in time.

“When they put the historical timeline up last fall, I knew I recognized that picture,” Vogds said. “I was barely in it because of where the photo was cut off on the timeline and how I am positioned, but I knew those were my shoes, and I recognized the people around me. It was a real blast from the past.”

Vogds graduated from Moraine Park’s Fashion Merchandising program in 1977. She’s lived in Fond du Lac almost all her life, and she worked for the Fond du Lac School District for over 30 years before retiring in 2020.

“I used my degree for a little while working at a retail store, but then eventually went on to do other things,” Vogds said. “It was the social part of being here that made it so fun. I met friends that I have still, and it was just a great place to come. I always felt at ease on campus, and I know that I could achieve what I wanted to with the support I had.”

“When I walk the halls now, obviously a lot has changed and the building has grown, but it still brings back great memories from when I was here as a student,” Vogds said. 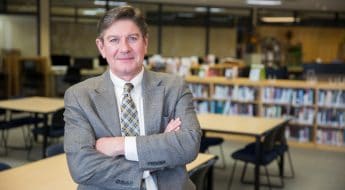 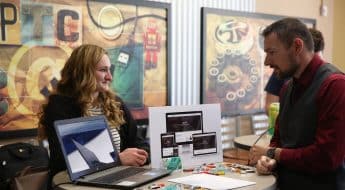 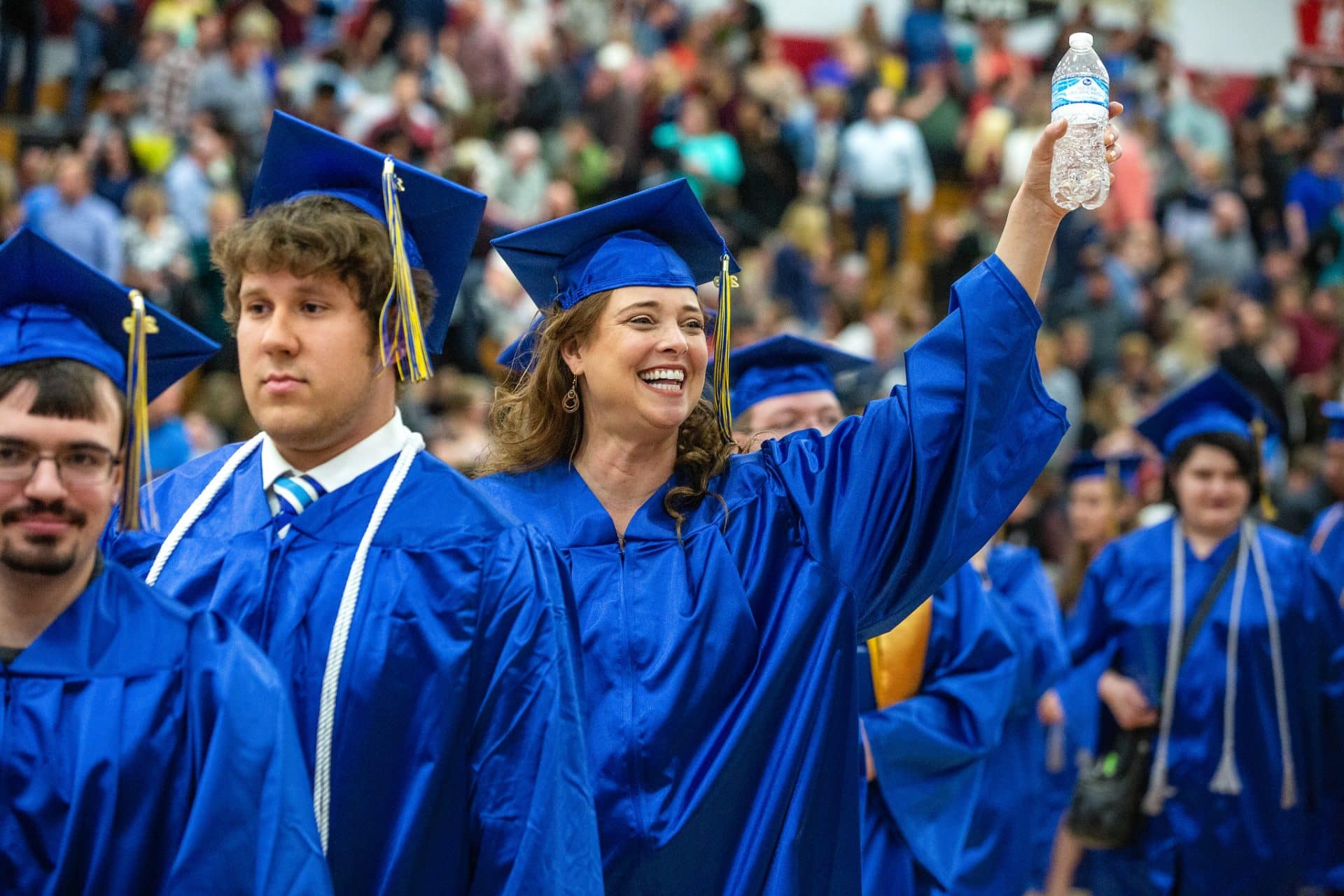