Celebrate St. Patrick’s Day with the “Wearing of the Blue”?

Graphic Communications students at Moraine Park Technical College learn to effectively use images and color together, as well as the importance of considering culture as it influences a design. One example out of the many great historic examples of the emotional power of color, and how that color is linked to a cultural symbol, is the story of why we celebrate St. Patrick’s Day with the color green and shamrock.

Ancient Celts revered the shamrock as a symbol of Spring and legend has it that St. Patrick, the patron saint of Ireland, used the shamrock with its three leaves to explain the Holy Trinity when preaching. So, it is no surprise that the green color of the shamrock eventually grew to be associated with St. Patrick. Since the first recorded St. Patrick’s Day observance in the United States on March 17, 1737, when the Charitable Irish Society of Boston sponsored a feast and religious service to honor and celebrate Irish culture, people in the United States have been wearing green, and using the shamrock symbol, as a tribute to Irish Culture.

Because of the color green’s strong association to modern Saint Patrick’s observances, it may come as a surprise to learn that the original color associated with Ireland, and Saint Patrick, was blue. The significance of the color blue has its origin in Irish mythology where Ireland was represented by a woman in blue robes. Early depictions of St. Patrick feature him clothed in blue, not green, and the Order of St. Patrick had an official color of blue know as “St. Patrick’s Blue”. In 1541, after more than 300 years of British rule, Henry VIII declared himself King of Ireland and gave Ireland its own coat of arms consisting of a blue background with a gold harp. So, after all that history, and official backing from the government, what happened to the color blue? 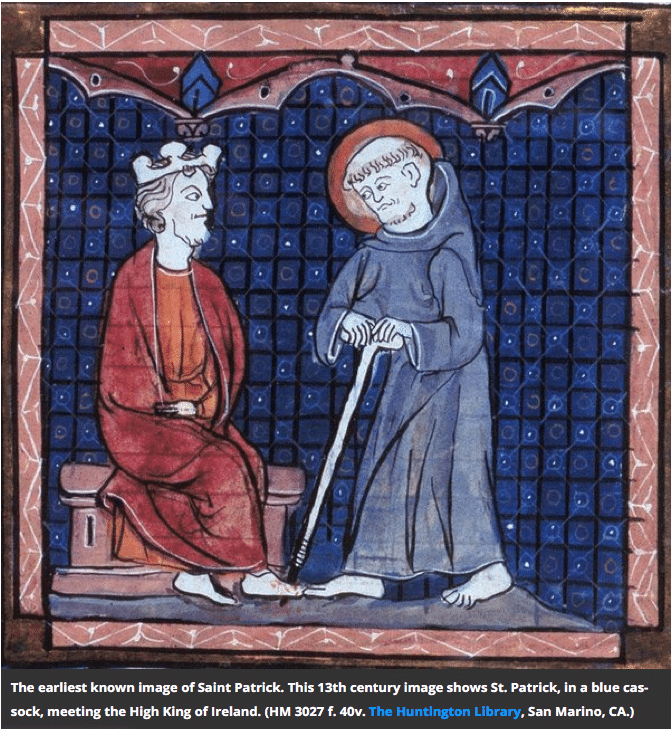 In reaction to things like the English seizure of Irish land, a ban on using the Irish language in the legal system, and the suppression of the practice of the Roman Catholic faith, Irish patriots rejected the symbols of England (and the color blue that went with them) and adopted the green shamrock, as a symbol of identity and rebellion for Ireland. “The Wearing of the Green” is an Irish folk song that dates back to the Irish Rebellion of 1798, and came to mean wearing a shamrock to show support for Irish nationalism. The shamrock symbol and color green gained immense popularity both in Ireland, and in Irish populations in America, and today we celebrate the spirit and culture of Ireland by displaying the shamrock and color green every March 17th. The vintage postcard below is a good example of how thoroughly the color green and shamrock symbol has become a part of our St. Patrick’s Day celebration. 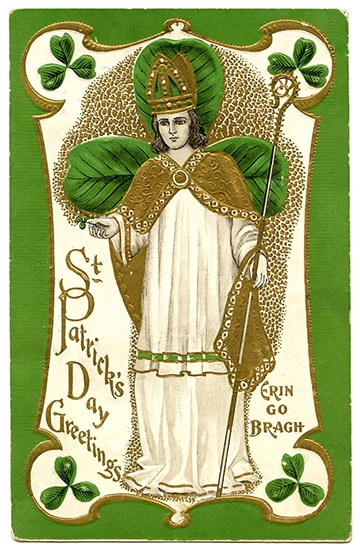 And if you’d like to learn more about our graphic communications or other career options here at Moraine Park, visit morainepark.edu/programs. 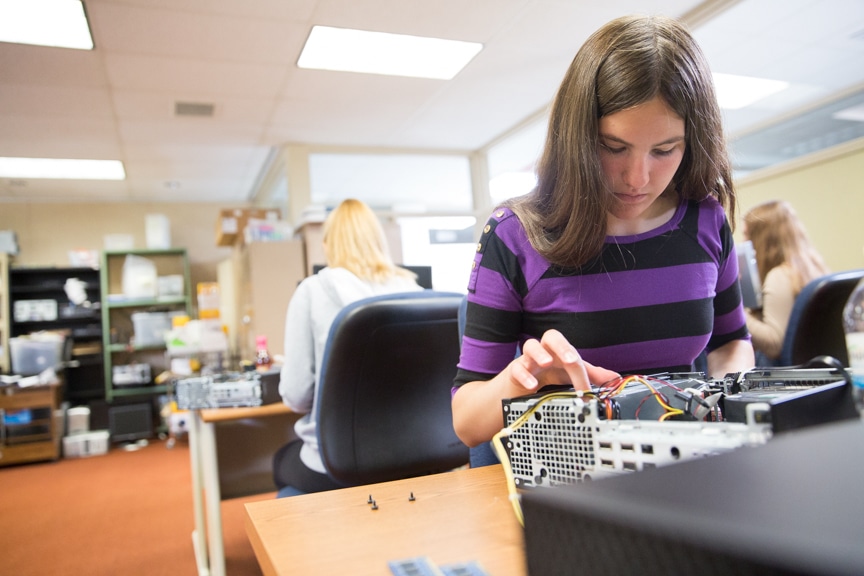 PHOTOS: A look back at Portfolio Showcase 2017

Out with the old (logo), in with the new