Women’s History Month is a celebration of women’s contributions to history, culture and society and has been observed annually in the month of March in the United States since 1987.

In 1956, author and tennis star Althea Gibson became the first Black person to win the French championships, and in 1957, she won Wimbledon and the U.S. National Tennis Championships tournament as the first African American. Without Gibson crossing color lines during segregation and making an impact both on and off the tennis court, female athletes of color wouldn’t be able to enjoy the hard-fought labor today.

Elizabeth Ann Eckford is one of the Little Rock Nine, a group of African-American students who, in 1957, were the first black students ever to attend classes at the previously all-white Little Rock Central High School in Little Rock, Arkansas. The integration came as a result of Brown v. Board of Education.

Ella Baker was involved in civil rights long before the 1960s and even as a student she was involved in various protest movements. She worked with prominent organizations such as the NAACP (National Association for the Advancement of Colored People) and the SCLC (Souther Christian Leadership Conference).

Betty Freidan broke new ground by exploring the idea of women finding personal fulfillment outside of their traditional roles. She also helped advance the women’s rights movement as one of the founders of the National Organization for Women (NOW). She advocated for an increased role for women in the political process and is remembered as a pioneer of feminism and the women’s rights movements.

A pioneering American tennis champion and social change activist, Billie Jean King famously threatened to boycott the U.S. Open in 1973 unless women were given equal prize money. The demand was met, making the U.S. Open the first majority tournament of it’s kind to offer pay equality.

She became the first woman in East and Central Africa to earn a Ph.D., Maathai recognized the need to address the link between environmental degradation, poverty, and women’s well-being. In 1977, she started the Green Belt Movement, a grassroots organization that combats poverty and ecological destruction by working with rural women to plant trees.

Lowenstein was appointed dean and vice president of Jefferson Medical College (JMC) in 1981, becoming the first woman dean of a co-educational, medical school in the United States.

On June 18, 1983, Ride was on the Challenger mission, making her the first American woman to journey to outer space. After NASA, Ride went on to start her own educational nonprofit organization called Sally Ride Science, which works to get young students interested in science as well as math.

Tarana Burke founded the “Me Too” movement in the ’90s long before the hashtag went viral. She has since founded Just Be Inc., a nonprofit organization that provides support for victims of sexual harassment and assault.

Antonia Novello became the first woman and Latina to serve as the U.S. Surgeon General from 1990 to 1993. Novello, also served as Commissioner of Health for the State of New York from 1999 to 2006.

In 2016, fencing champion Ibtihaj Muhammad became the first Muslim woman to represent the U.S. at the Olympics, and she also won an Olympic medal. She also commanded attention for being the first Olympian to wear a hijab.

Professor Sarah Gilbert a veteran Oxford scientist developed a coronavirus vaccine that could help save the world from Covid-19. Early data suggests that the Oxford/AstraZeneca vaccine that her team worked on affords up to 90 per cent protection against the virus, and is cheaper and easier to store than promising vaccines announced by Pfizer and BioNTech, and Moderna. Gilbert’s version could therefore benefit more people across the world.

Kamala Harris made history in August 2020 as the first woman and first Black and South Asian woman to accept the vice-presidential nomination alongside former Vice President Joe Biden. Harris, a United States senator for California, also previously served as the attorney general of California. She was sworn in as vice president on January 20, 2021. 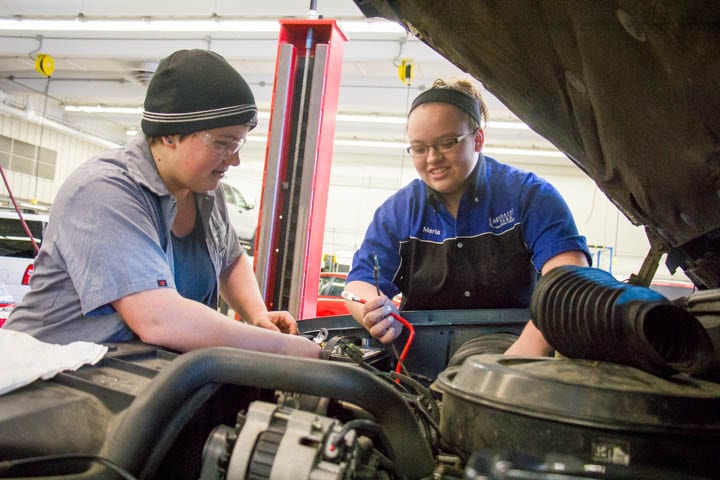 10 interesting – and frustrating – facts about women in the workforce

« Previous post
Moraine Park Program Revised to Meet the Needs of Local Manufacturers
Next post »
Why volunteer? What is in it for you?