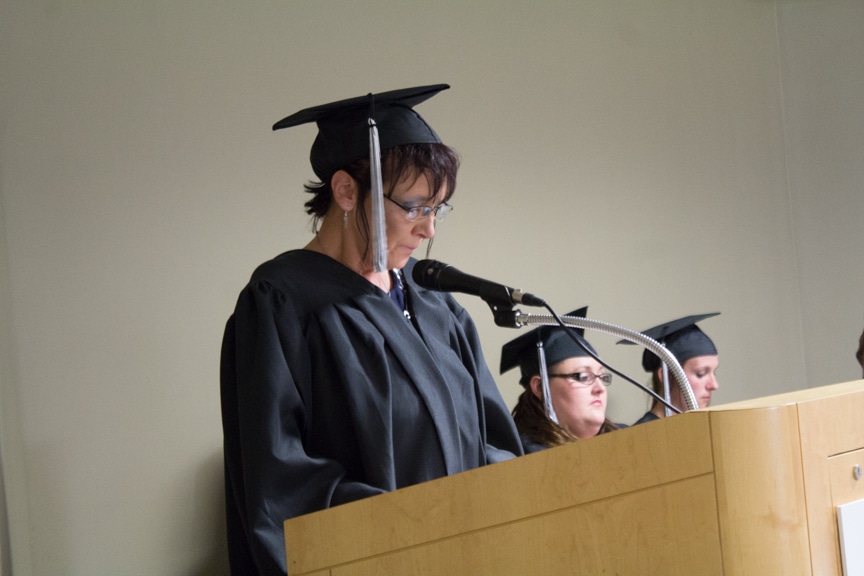 When Carol Van Laarhoven first returned to school to earn her high school credential, I don’t think she really believed she could accomplish her dream. Many around her didn’t believe it was possible either. It was her Hail Mary attempt at succeeding.

Carol attended high school in Milwaukee but never graduated. As many students, Carol struggled through the difficult teenage years, even attempting suicide. It was a bleak time in her life. 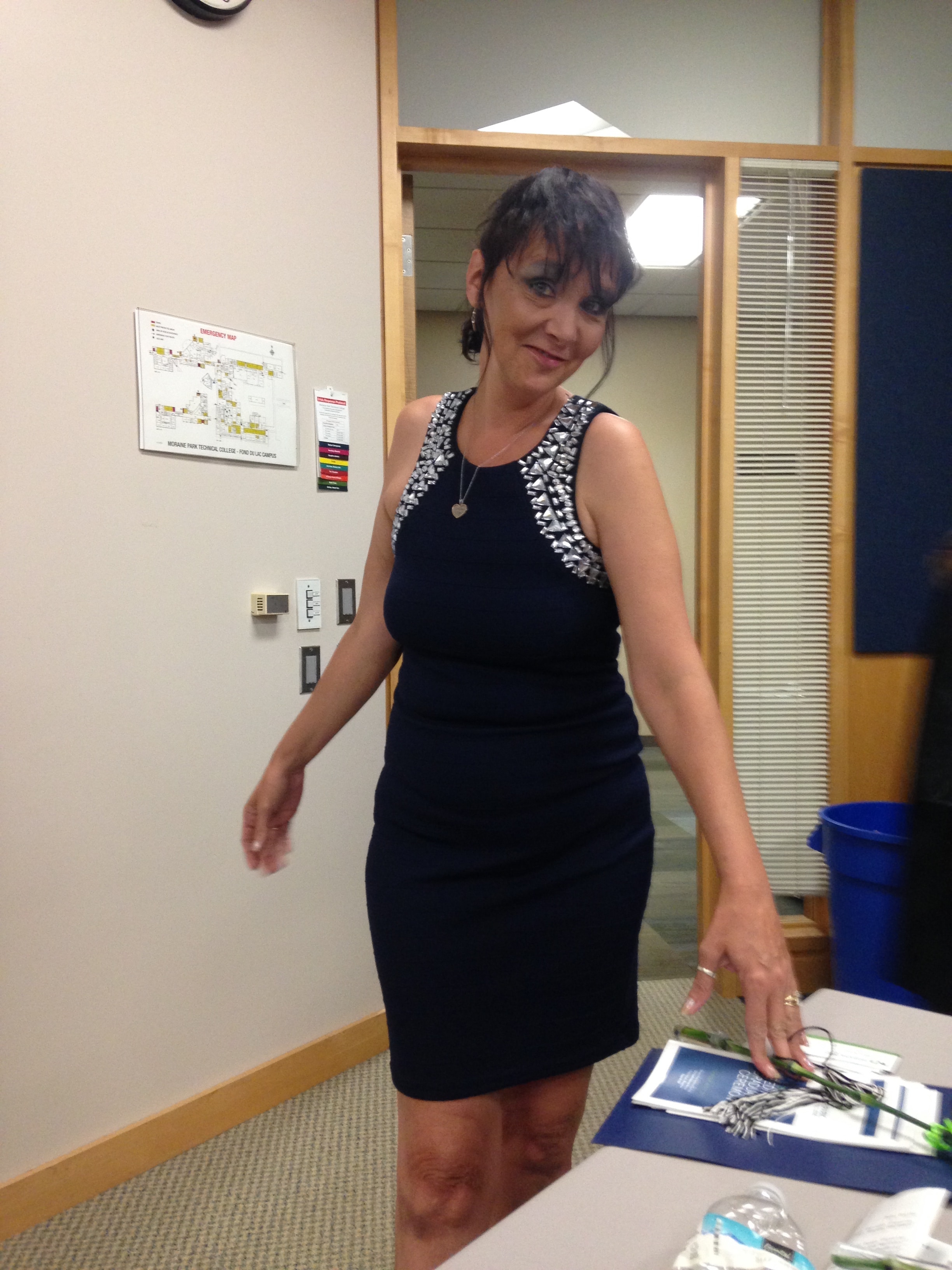 When I first met her, I thought, “What a ray of sunshine she is!” Over the years, Carol has faced many health challenges. She is in constant pain, especially in her back and legs. She sits with a pillow to relieve some of the discomfort. She walks very slowly and awkwardly, often crying out in pain. She continued through a few years of classes even though she had setbacks. One time she broke her foot in several places and couldn’t drive. But Carol has GRIT! Grit is the character trait of perseverance and persistence. She always picked herself up and came back.

Carol was an excellent student. She kept on task and asked questions. She was a perfectionist and wanted to submit only her best work. Carol was always a mother figure for others in the classroom. She understand their struggles and did what she could to help them. She often gave rides to those without transportation.

In spring of 2017, Carol had only one class left. She was close to graduating. As I urged her on, I realized she couldn’t comprehend how close she was to fulfilling a dream. With two weeks left, she looked up at me and said, “This is it! I’m really going to graduate! I’m really going to do it!” I could see the lightbulb come on! She was almost giddy with excitement.

We had talked about the next dream, because once you fulfill one dream, you need a new one, right?! Carol said that she had always wanted to “do hair”. So we started talking about cosmetology. She knew she couldn’t stand for long periods of time, but she would feel so good if she could do hair and nails for her family and friends at home.

She attended a college event to introduce new students to different programs. She made appointments with Disability Resources to find out how they could help her work through her health challenges. She talked with an advisor and financial aid representative. She even applied for an Adult Basic Education scholarship and received the award! Carol, who was petrified of public speaking, felt she should accept the invitation to be a speaker at graduation so that she could thank the Foundation for their financial gift. She rocked the house with her speech!

I’ve had the privilege of following Carol’s progress as she started the Cosmetology Program. She drives from West Bend to Fond du Lac every day for five full days of classes every week. She won’t lie. It’s hard! She is exhausted physically from working so hard with her new routine. The work is hard! She feels it’s overwhelming at times. But then her face lights up and she exclaims, “I just LOVE cutting hair! I never thought I could come this far. I’m in college!”

Carol still encourages her former classmates from a distance. They ask me how she’s doing and ooooh and aaaah over her progress. Sometimes they comment to each other during difficult times that if Carol could do it with all of her health concerns, so can they!

It isn’t easy, but Carol doesn’t give up when things are hard. Congratulations, Carol, on fulfilling your dream of earning a high school diploma! Good luck on earning your technical diploma in cosmetology. I’m sure there will be more challenges and setbacks, but you’ll persevere. And, start to IMAGINE WHAT’S NEXT! 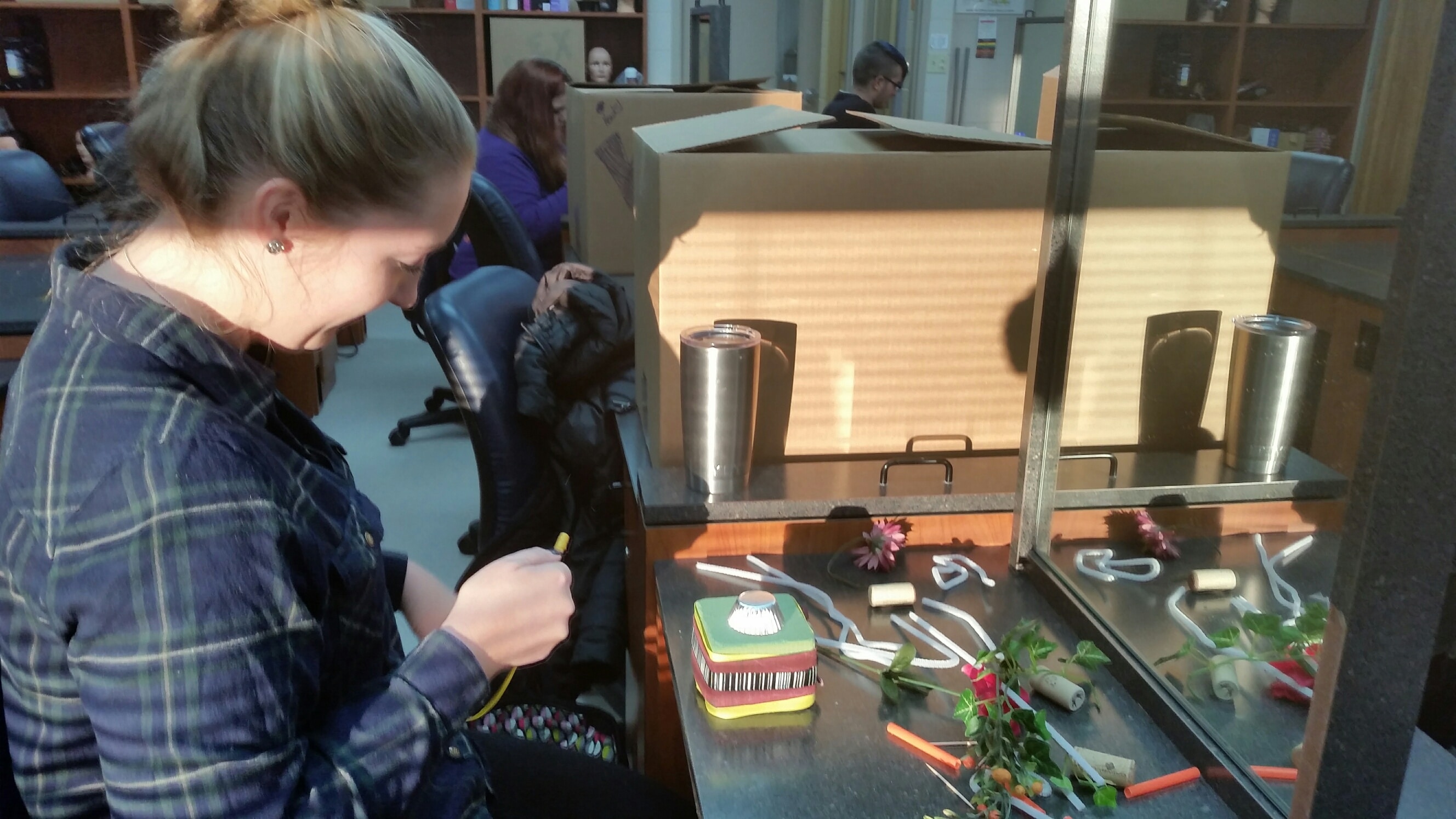