Learn while you work – Choose an apprenticeship program 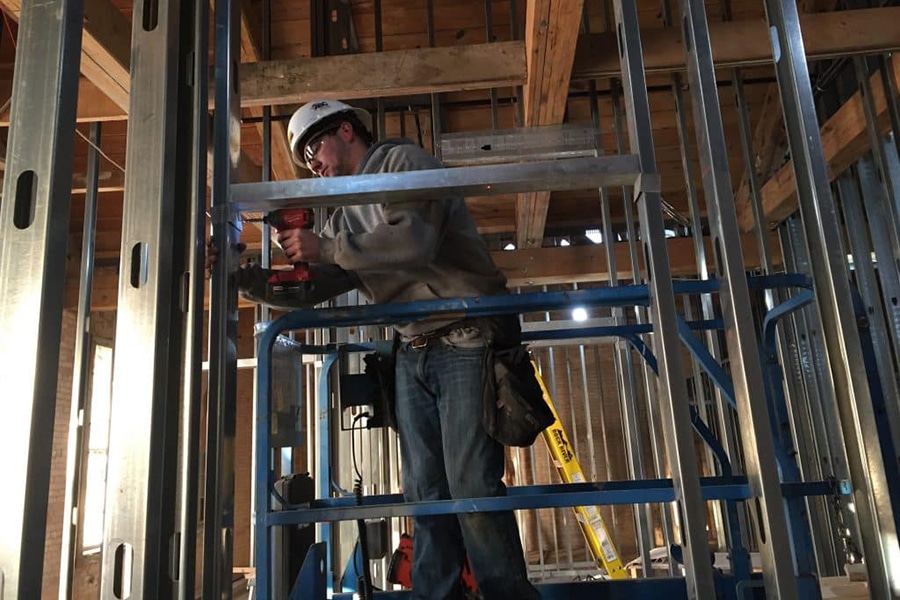 “The trades are for people that are not smart enough to go to college.”

This was a phrase I heard numerous times throughout high school and continue to hear. Looking back on my four years at MPTC, partnered with Associated Builders and Contractors, I still laugh at that statement.

Without the trades, civilization would fall. The construction industry is what fuels the economy. Think about it; what powers your microwave? How did you get water from the shower this morning? Who put the roof over your head? All of this would not be possible if it wasn’t for people involved in the construction industry.

I entered the four-year apprenticeship program because I couldn’t fathom spending thousands on college without a goal in mind. All through high school earning a four-year degree was “the norm” but nobody had mentioned the trades to me. I was fortunate enough to have the opportunity to work with a contractor during the summer of my senior year, and was then offered to join the apprenticeship program.

From there on out, I have never looked back.

When I joined the apprenticeship I was able to not only gain a proper education in the class room but, I was able to get on the job training as well. I would log hours for the weeks I worked, along with logging my classroom hours during my four years. My instructor played a major role in my success because he actually worked in the field throughout his whole life. He was not just reading from a book, but would refer to real life events and could connect with each of his students in a real world circumstance.

I joined the industry not knowing what a 2×4 was, and am currently lead on jobs varying in $3,000 budgets all the way to 10 million. I was also fortunate enough in my third year of school to compete in a national competition and, in my fourth year, won the “Apprentice of the Year” award out of 100-plus apprentices.

In the future, I would like to become a site supervisor or project manager. Many say the trades are for people who lack the brains to go to college but I believe it’s the exact opposite. I feel like people are afraid to work hard and it’s an unfortunate situation. The trades are dying and need the millennial generation to step up. This is a career opportunity where general laborers can one day be the owner of a multi-million dollar company and that is the direction I am aiming for.

« Previous post
Trick or Treat! Give Me Something Good to Eat!
Next post »
Imagine Your Career in the Automotive Industry
Posting....