Making dreams a reality through the CNA Bootcamp 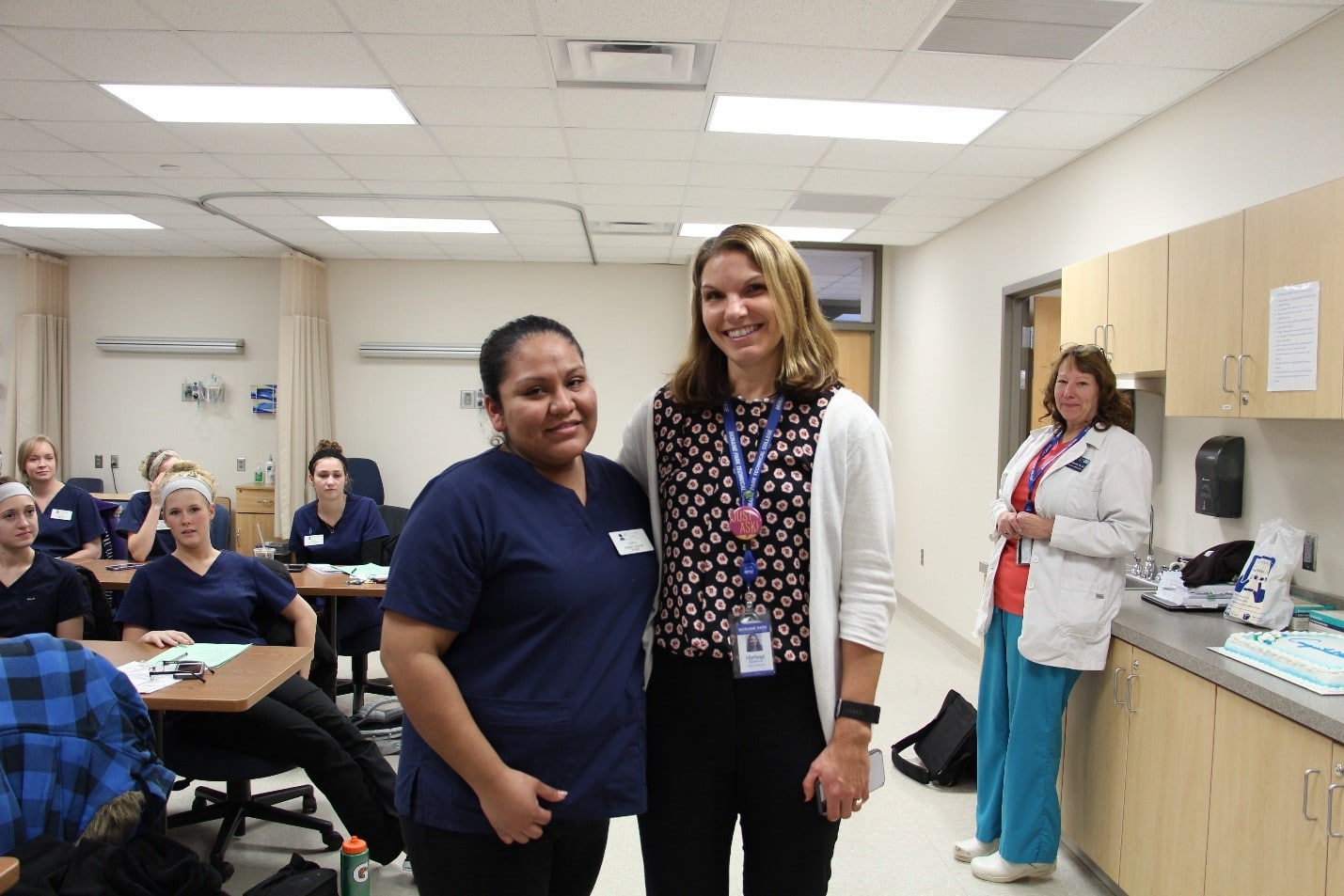 Sarai Picazo-Cruz has a champion’s heart with big dreams, though it may take some time to realize that given her gentle and quiet demeanor.  She is a recent graduate of the CNA Bootcamp in West Bend, through the U.S. Department of Labor TAACCCT 4 ACT for Healthcare grant at Moraine Park Technical College.  The grant allows students to complete the 120 hours of skills and theory training for Nursing Assistant in an accelerated 3 week program.  Sarai is now ready to sit for the State of WI certification exam to become a CNA, helping meet the growing need for certified nursing assistants in the MPTC district and beyond.

She is one of 38 graduates from the Spring 2017 CNA Bootcamp class who are ready to work! 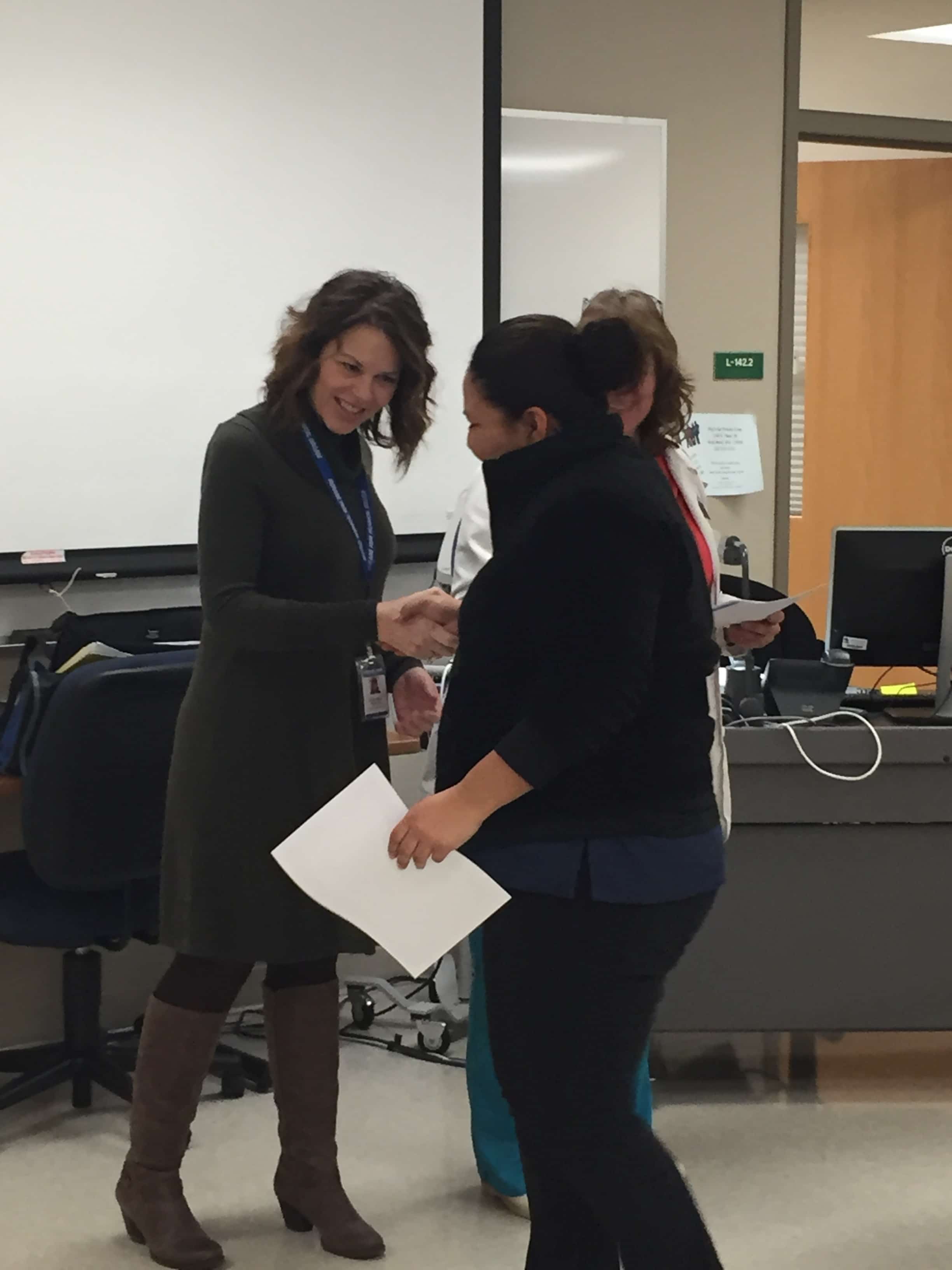 Over a year ago, as a mother of four children under age 7, Sarai worked nights in a packaging plant and during the daytime took classes at MPTC to obtain her High School Equivalency Degree.

She graduated in June 2016 with her HSED, but knew she was not done with her education.  Sarai was very interested in the medical field, sparked from a CPR and first aid class she had back when she was 15 years old in high school. It was then that she realized she wanted to help people within the healthcare field.  Soon though, her dreams were put aside when she brought her son Ethan into the world while she was still in high school.

Working on her HSED while a mother of four small children and working full time was extremely difficult. Sarai often went without sleep, but she said she had the support of her husband, who encouraged her always to reach for her goals. She said her instructor within the HSED program at MPTC, Annette Meihack, also talked to her often about her future, and gave her confidence in her abilities to accomplish her goals.

Sarai learned about the CNA Bootcamp from Melissa Schmidt, Transition Specialist at MPTC, who was targeting the new GED/HSED graduates at the June 2016 graduation and encouraging them to meet with her.  Sarai took interest in meeting, and it was then that she found out about the possibility of becoming a CNA through the TAACCCT 4 Accelerated Bootcamp.

Humble to her core, when asked what she learned about herself from the bootcamp experience, Sarai first quietly laughs to herself before admitting that she discovered that she was more patient than she realized, especially with the patients she worked with in her clinical setting who had dementia.  She said also that she was very scared, initially, as she was worried that she might do something wrong, but she learned to trust herself and her knowledge.

Her instructor Karrie Bruegman-May, who is also the Program Director for the CNA program said of Sarai, “She did awesome! She would second guess herself at times, but she knew the answer.” Sarai, whose native language is Spanish, said that learning the material in English was also somewhat of a challenge as she would sometimes have to translate it in her head into Spanish before answering in English. Sarai has lived in the United States since age 8, and is fluent in English.

What drives Sarai? We wanted to know.  Sarai stated, “As a first generation college student in my family, I want my kids to say, ‘If my mother went to school, why can’t I do it?’ My oldest son would see me leave and would ask, ‘Are you going to school?’ and I would be able to tell him yes, knowing he is looking to do the same things that I am doing.”

Sarai is planning to take the state certification examination very soon, and begin work as a Certified Nursing Assistant. She is motivated to continue with her education at Moraine Park Technical College, and has her next goal set on graduating with a technical diploma from MPTC as a Medical Assistant.

We have no doubt that Sarai will accomplish any goal she sets her mind to!

Learn more about the CNA Bootcamps for Summer 2017 and Spring 2018 here: 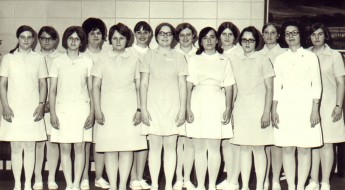 Peanut butter cost how much when they graduated?! 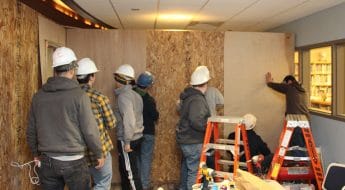