Two of these individuals served as student speakers at the graduation event -– Danielle Patzan of North Fond du Lac and Lisa Stoffel of West Bend -– and each reflected on vastly different journeys that led them to this point.

Patzan described a tumultuous stretch of 13 years that spanned five relationships, giving birth to four kids, undergoing two surgeries and six attempts at getting her GED before finally completing this mission in spring.

Her biggest motivator for regrouping after each of her previous failed attempts and trying again was setting a good example for her children.

“We often use our kids as an excuse to not doing something, but at the same time, they’re the reason we are doing something. I wanted this for myself as well as my kids. How could I tell them how important school was if I didn’t have it myself? I am no longer a hypocrite,” Patzan said.

Stoffel, meanwhile, reflected on dropping out of high school at the age of 18 and then also dropping out of Moraine Park’s GED-HSED program the same year. She initially went on to have success in her career regardless.

“I was able to retain to good jobs without having what I considered a piece of paper that judged my intelligence,” Stoffel said.

A decision to eventually pursue other job opportunities – and the reality that these positions required a high school diploma or equivalent – shifted her outlook entirely.

“Suddenly that piece of paper became the most important document in my life,” Stoffel said, adding she was proud of her fellow GED-HSED students for completing their own journeys, while encouraging them to savor the moment and wishing them well in the future.

“I truly hope this opens new doors for all of you. Whether it be in school, a new job or career or even just completing this for a sense of self worth. We have future we didn’t have before,” Stoffel said.

In order to earn their GED/HSED, students had to pass four standardized tests in math, language, social studies and science, as well as meet other requirements.

Also during Moraine Park’s GED/HSED ceremony, Amanda Hebard of Fond du Lac and Carol Van Laarhoven of Saint Cloud were presented with Moraine Park Foundation Basic Education Scholarships. This is the seventh year the $500 scholarships have been awarded to one or more students pursuing further education at Moraine Park. A “Friend of Basic Education” award was also presented to St. Vincent De Paul Society for its support of students.

Top 10 reasons to choose a career in Marketing 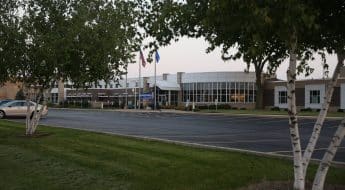