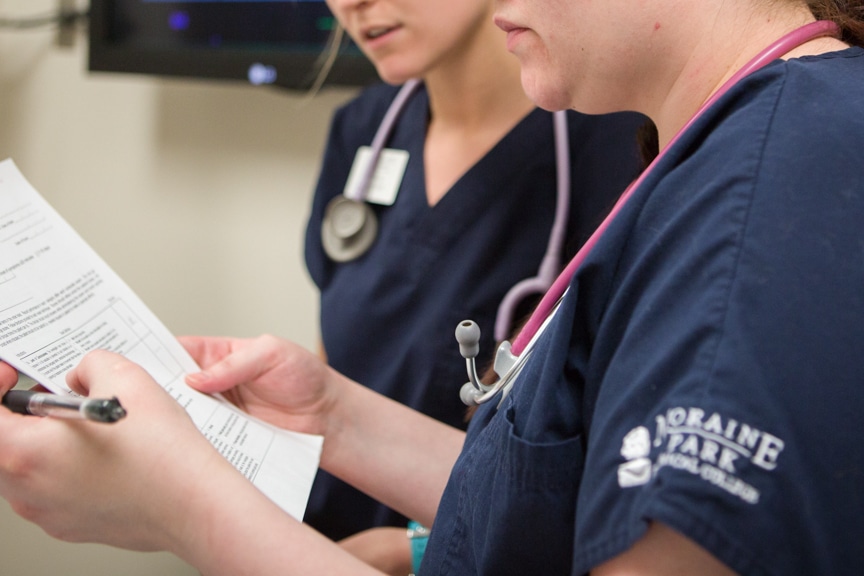 At first mention of the words “technical college,” the mind’s eye may conjure up an initial image of sparks flying in a welding lab, or wrenches turning in automotive classrooms, or any number of scenes of manufacturing.

While Moraine Park Technical College certainly has these scenarios playing out each week, there’s a different scene also taking place. One of which many people aren’t aware: classrooms and simulation centers filled with students developing, learning and studying to become registered nurses. For many, the undeniable impact of these studies and the time spent at Moraine Park not only paved the way to help save the lives of others, it’s changing the lives of students, too.

Such is the case for two local mothers.

Jackie Wendorff of Mayville worked 12 years as an occupational therapy assistant but wanted a change. For her family and for her, she wanted something more. She found that at Moraine Park inside the nursing classrooms of the College’s Beaver Dam campus.

Wendorff enrolled in the nursing program and graduated from Moraine Park in December 2014. She was then hired at Aurora Healthcare less than two months later and has been there since.

“It’s a draw to help others. The compassion that it takes to be a nurse is something I’ve always admired in people, and I wanted to be just like that,” Wendorff said. “So, now I’m glad I get to do this for a living.”

I finally just decided that I can do it and go further than where I was with my CNA job. I finally decided to take that next step,” Stebbins said.

She’s currently a student at Moraine Park and hopes to graduate with her associate degree in December 2016.

Graduates from Moraine Park’s Nursing Associate Degree program have been some of the most highly ranked in the state in recent years – and Wendorff and Stebbins said that’s for good reason.

“When I got into the nursing program, what kept me going – it’s very rigorous and very demanding – is the amazing support of the instructors. They’re always there for us when we need them and very supportive,” Wendorff said.

“It’s an intense program – a serious program,” Stebbins said. “But I feel good at this school. I feel like if I have questions, there are resources available. The instructors have a wealth of knowledge. They all are nurses with real-world experience.”

This steady help, support and training has catapulted many Moraine Park students to the front of the pack during job searches.

In fact, when the Wisconsin State Board of Nursing released 2015 year-end results for all 39 nursing programs across the state, which includes two-year technical colleges and four-year colleges and universities, the report showcased just how strong Moraine Park’s program is. It examined all 2015 nursing program graduates who took the National Council Licensing Examination (NCLEX) during the calendar year of 2015, with Moraine Park students earning a pass rate of 96.97 percent.

Of the 39 nursing programs, Moraine Park ranked No. 3 for registered nursing pass rates – an especially impressive achievement given the volume of students who took the exam. Moraine Park had 99 nursing students take the NCLEX exam last year.

These high-scoring Moraine Park nursing program graduates have the same qualifications and certification upon graduation as those in four-year programs, and they have enjoyed using these skills to make a difference in both Dodge County and throughout the state.

“Students who attend the Beaver Dam nursing program are able to have excellent learning experiences with clinical host agencies located throughout Dodge County, such as Beaver Dam Community Hospital, Hillside Manor, Golden Living, and many others,” said Marylou Mercado, associate dean of nursing at Moraine Park.

Those at these facilities can attest to this as well.

Sally Borzick, director of Nursing Services at Golden Living Centers – Continental Manor, echoed these thoughts in regard to the care and skill Moraine Park graduates display at her facility as well.

“Graduates from Moraine Park are wonderful prospects for nursing careers in long-term care. They are well adjusted, passionate and flexible. Their knowledge base is sound and ready for on-the-job growth. We love having them here at Continental Manor of Randolph as students, and then as nurses, to be part of our five-star team,” Borzick said.

Moraine Park’s nursing degree graduation rate is also one of the highest at the College itself (98 percent). Moraine Park’s 2013-14 Graduate Follow-Up Report, which reports graduate job placement and earnings six months after graduation, also found its nursing students to have one of the highest median yearly salaries of graduates, averaging just under $50,000 per year.

“Moraine Park Technical College offers excellence in nursing education for our students and communities,” said Mercado. “The Associate Degree Nursing Program is offered at our Beaver Dam, Fond du Lac, and West Bend campuses. Each campus has dedicated nursing faculty that are committed to student success and academic achievement.” 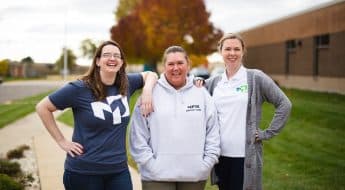