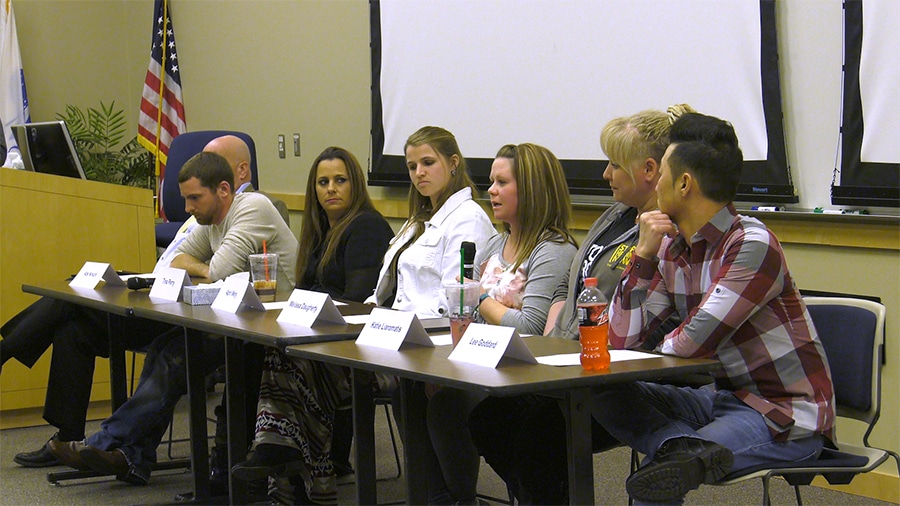 Week 4 of the “Heroin Highway” lecture series on the West Bend Campus of Moraine Park was an evening of celebration. It celebrated the changes being made through the HOPE legislation and celebrated the recovery of six people who struggle with addiction.  However, the evening started with a sobering reminder of where the struggles of addiction can lead.

Serenity Krueger, a 16-year-old from West Bend, read a poem written by her sister Dakota while she was in treatment for her addiction. Dakota wanted to share how powerful her disease had become and that addiction does not discriminate. She was in the hospital fighting for her life. She developed an infection in her arm where she would shoot up heroin. That caused a blood clot in her lung. As a parent, one of the scariest parts of Dakota’s poem was this segment:

“What you don’t know is I have been getting heroin from a ‘friend’ in my middle-class, suburban neighborhood. The same exact trail you bike on or walk your dog on … I’ve bought heroin there.”

Sadly, Dakota lost her battle with addiction last fall. Serenity is honoring Dakota’s memory by sharing her story to educate others about addiction. She is currently the president of STAND (Students Taking Action, Not Drugs).  Serenity has presented at Peers to Peers events and participated in opiate and heroin summits and rallies.

Next Darren Sievers, the moderator for the night, introduced Representative Bob Gannon.  Bob spoke about the HOPE (Heroin, Opiate, Prevention and Education) Agenda. In 2013, seven bills were introduced that laid the foundation for HOPE Agenda. These bills focused on combating Wisconsin’s heroin epidemic.  In the next session, plans to continue building upon the HOPE Agenda include expanding access to treatment, increase access to Narcan and expand upon the 911 Good Samaritan law among other things.  You can find more information at www. legis.wisconsin.gov/assembly/hope.

Representative Gannon was followed by a panel of six people currently in recovery.  Their lengths of recovery ranged from 6 months to 30 years.

As they shared their stories, I noticed some common themes. They all mentioned that the key to their success has been staying true to a recovery program and having faith in a higher power of some sort.  Many are using their struggles with addiction to help others.  Among the panel, there were board members of Stop Heroin Now, Certified Recovery Coaches, AODA Counselors, members of Rise Together and the founder and Director of Just Listen (just-listen.org).

A few of the stories really emphasized to me how powerful an addiction is.

Melissa shared that she went from an Honor student to an addict. While in the back of the ambulance after she had a bad car accident with her 8-month-old child in the car, she was thinking about how she would get her next “fix.”.  It took 18 months in prison to open her eyes. She said the track marks on her arms serve as a constant reminder to say clean.

April shared that her son Lincoln was born addicted to opiates. When she found out she was pregnant, April looked for help to get clean but access to services were limited because she was pregnant.  She did eventually find help but Lincoln was still born addicted.  But even that didn’t scare her sober. After about a year, April started using again. Only after the courts threatened her to get clean or lose her son did she choose to get clean. April has made it her goal to ensure other pregnant mothers struggling with addiction can get help.

Thank you to the panel for sharing your experience with addiction.  And a special thanks to those in attendance who had the courage to share their personal stories, even though you may not have planned to.

Feb. 23rd is the last of the Heroin Highway lecture series.  This week, starting at 6 p.m., will include a simulated experience where Moraine Parks nursing students discuss, learn and demonstrate how to care for a person undergoing a heroin overdose and heroin withdrawal. 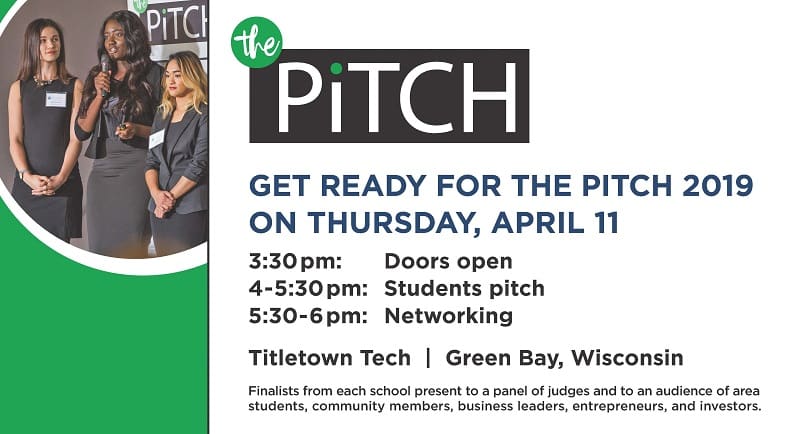 Good Luck to The Pitch participants!