Who Moved My Cheese? 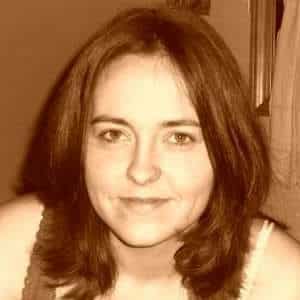 Recently, students in Accounting 3 read the short business fable Who Moved My Cheese? Students were asked to post to an online discussion in which they analyzed their coping skills and developed a more effective response.

Felicia Faust granted me permission to share her discussion post which traces her journey through college program changes and a miserable job, toward an Accounting Associate Degree and a new career.

Her story and the book are important because they describe circumstances with which we can all relate. We can take courage in the fact that others have had similar struggles and found success.  Now maybe the time to pursue your “cheese”.

“A time in my life when I had to experience a life-altering event was when I was going through a hard time with my last “job”. I had originally started going to school for that particular field. It took me less than 6 months in that position to know that I was in the wrong field. By that time, I was over halfway through an associate degree in that particular field. While I did make the choice to switch direction in terms of education, I was now terrified to leave my new job. I spent an additional two years not really miserable with my job, but with my place of employment. I had realized that the environment there was more than toxic and it was starting to bring me down. I was depressed, stressed out, and bringing all my anxiety of my job home to my family. I was almost unbearable to be around. At that time, though, I was Hem. I kept believing that everything would change and I was just going to wait it out. I was waiting for a “cheese” that would never come. I became more and more down, just like Hem. The more down I became, the more I talked myself into believing that it was the best I was going to get.

After two and a half years in this particular job, I woke up one day, and like Haw, I knew that I had to find my “cheese” in order to survive. I was dragging my family down with my constant mood changes and neither they nor I were happy anymore. I sat down one night and created my resume, similar to when Haw started venturing out into the maze. I was TERRIFIED of having to go through interviews. But, I never gave up. I went through several different interviews. Those could be considered my moments where I found different cheeses in small amounts the way that Haw did. I knew I was getting closer and I had to keep going. With every job I didn’t land, I was that much more determined to find another. The whole time this was happening, I had made the decision to drop to a part-time status at my current job. I wanted to minimalize the toxic environment that I was in and maximize the positive time I could spend with my children while I still had the opportunity. We budgeted for tighter financials and I poured my heart into my family, my school work, and my applications.

One day, I got a call for a position that I had not even applied for. Nervously, I went for an interview. And just like that, I knew I’d found my cheese. The more I talked to the interviewer, the more I knew that I was where I needed to be. Less than a week later, the position was offered to me. I LOVE my career now. Not only that, but I’m much more in tune with what’s going on around me. I try to avoid any drama in the workplace (there TRULY isn’t much where I’m at now) and I make every attempt to be aware of the ever-changing positions around me.

I didn’t think that I would love this book so much, but I have already passed it on to my sister in law to read. I want her to think about the story and hope it helps her to mend her past emotions as well. If I could write a letter to myself, I would tell myself to be flexible. Embrace change. Change can be good. I would also not want myself to just wait around and WAIT for change. I could be waiting forever. If I want change, then I need to BE change. Find the cheese, I’d say! I tend to let fear overcome me in many things in life. Even now, after that three year trial in my life, I’m afraid of change. But after finally taking the steps to find my cheese, I know now, that the future IS change. Nothing can stay the same. It’s okay that I change too because that’s how I will grow character and develop in my career. I LOVED this story.”