Remember those missing in action or held as prisoners of war 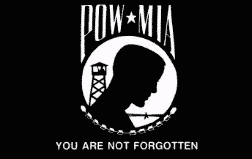 National POW/MIA (Prisoner of War/Missing in Action) Recognition Day is September 21 (annually the third Friday in September) and I thought this would be a great opportunity to provide some of the history on the flag you may have seen featuring a silhouette of an individual before a guard tower and barbed wire in white on a black field with the words “You Are Not Forgotten”.

In 1970, Mrs. Michael Hoff, the wife of a service member who was missing in action (MIA) and a member of the National League of POW/MIA Families, recognized the need for a symbol of our POW/MIAs. Mrs. Hoff contacted Norman Rivkees, Vice President of Annin & Company which had made a banner for the newest member of the United Nations, the People’s Republic of China (PRC), as part of their policy to provide flags of all United Nations member states. Mrs. Hoff found Mr. Rivkees very sympathetic to the POW/MIA issue and together with graphic artist Newton F. Heisley, a World War II Veteran, designed the flag choosing the image of a gaunt man in profile, with a guard tower and a strand of barbed wire in the background. Heisely, a pilot, said, “I used to fly within range of the Japanese and wondered how I would hold-up if I ever got captured. When I did the design, I thought how easy it would be to forget those guys.” The slogan “You are not forgotten” came from that reflection and the flag you see today still represents our missing service members.

Following approval by the League’s Board of Directors at a meeting held January 22-23, 1972, POW/MIA flags were manufactured for distribution.  Wanting the widest possible dissemination and use of this symbol to advocate for improved treatment for and answers on American POW/MIAs, no trademark or copyright was sought.  As a result, widespread use of the League’s POW/MIA flag is not restricted legally.

In 1979, Congress proclaimed the first National POW/MIA Recognition Day to acknowledge those families’ concerns and to never forget those who gave up their freedom protecting ours.

On March 9, 1989, an official League flag – flown over the White House on National POW/MIA Recognition Day 1988 – was installed in the U.S. Capitol Rotunda as a result of legislation passed overwhelmingly during the 100th Congress.  In a demonstration of bipartisan Congressional support, the leadership of both Houses hosted the installation ceremony, at which League Executive Director Ann Mills-Griffiths delivered remarks representing the POW/MIA families.

The League’s POW/MIA flag is the only flag ever displayed in the U.S. Capitol Rotunda where it stands as a powerful symbol of America’s determination to account for U.S. personnel still missing and unaccounted-for.

In 1990, Congress passed U.S. Public Law 101-355 designating the POW/MIA flag as, “the symbol of our Nation’s concern and commitment to resolving as fully as possible the fates of Americans still held prisoner, missing and unaccounted for in Southeast Asia.” As of June 20, 2018, and reported by the Defense POW/MIA Accounting Agency we still have 82,334 missing and unaccounted for from WWII forward, the most being from WWII at 72,906. We may never know what happened to all of them but we can continue to remind our citizens that their freedom comes at a very dear price.

The importance of the POW/MIA flag lies in its continued visibility, a constant reminder of the plight of America’s unreturned veterans.  Other than “Old Glory,” the League’s POW/MIA flag is the only flag ever to fly over the White  House, displayed since 1982 in this place of honor on National POW/MIA Recognition Day.

Passage by the 105th Congress of Section 1082 of the 1998 Defense Authorization Act required that the League’s POW/MIA flag fly six days each year: Armed Forces Day, Memorial Day, Flag Day, Independence Day, National POW/MIA Recognition Day and Veterans Day.  It must be displayed at the White House, the U.S. Capitol, the Departments of State, Defense and Veterans Affairs, the headquarters of the Selective Service System, major military installations as designated by the Secretary of Defense, all Federal cemeteries and all offices of the U.S. Postal Service.  In addition to the specific dates stipulated, the Department of Veterans Affairs voluntarily displays our POW/MIA flag 24/7.  The National Vietnam Veterans, Korean War Veterans, and World War II Memorials are now also required by law to display the POW/MIA flag daily.

For some time, there had been debate over when the POW/MIA flag should be flown, whether daily or on the specific six days noted in federal law. While not addressing the question of posting the flag at the national/federal level, League members at the 32nd Annual Meeting in June 2001, voted overwhelmingly in favor of the following resolution: “Be it RESOLVED that the National League of POW/MIA Families strongly recommends that state and municipal entities fly the POW/MIA flag daily to demonstrate continuing commitment to the goal of the fullest possible accounting of all personnel not yet returned to American soil.”

If you would like to learn more about the protocols on how to properly display the POW/MIA Flag of The National League of Families please e-mail your requests to veterans@morainepark.edu. 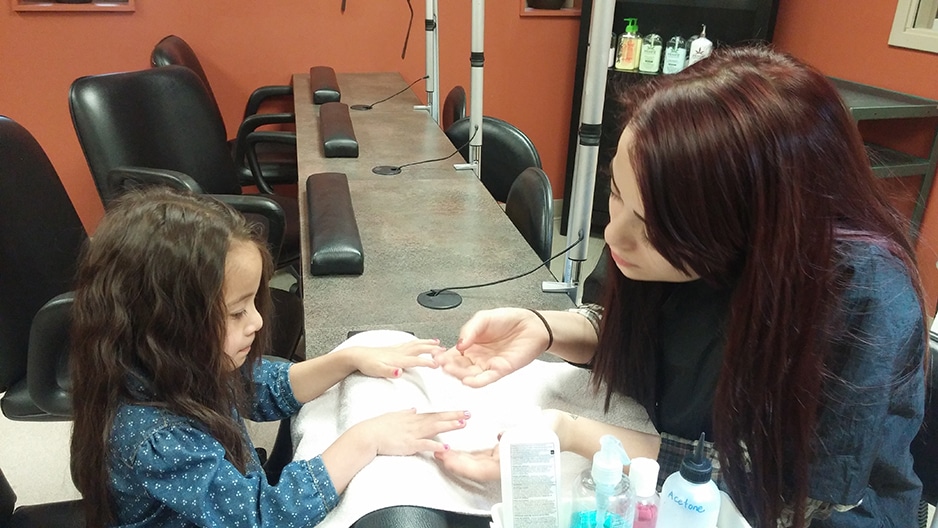 « Previous post
Be A Part Of The Moraine Park District Board!
Next post »
Thank you to our Promise Donor, Jim Flood!
Posting....