Veterans Day is a U.S. legal holiday dedicated to American veterans of all wars, and Veterans Day 2020 occurs on Wednesday, November 11. In 1918, on the 11th hour of the 11th day of the 11th month, an armistice, or temporary cessation of hostilities, was declared between the Allied nations and Germany in World War I, then known as “the Great War.” Commemorated in many countries as Armistice Day the following year, November 11th became a federal holiday in the United States in 1938. In the aftermath of World War II and the Korean War, Armistice Day became known as Veterans Day.

The Treaty of Versailles was signed on June 28, 1919, marking the official end of World War I. Nonetheless, the armistice date of November 11, 1918, remained in the public imagination as the date that marked the end of the conflict. One year later, in November 1919, U.S. President Woodrow Wilson proclaimed November 11 as the first commemoration of Armistice Day. The day’s observation included parades and public gatherings, as well as a brief pause in business and school activities at 11 a.m.

On June 4, 1926, Congress passed a resolution that the “recurring anniversary of [November 11, 1918] should be commemorated with thanksgiving and prayer and exercises designed to perpetuate peace through goodwill and mutual understanding between nations,” and that the president should issue an annual proclamation calling for the observance of Armistice Day. By that time, 27 state legislatures had made November 11 a legal holiday. An act approved May 13, 1938 made November 11 a legal Federal holiday, “dedicated to the cause of world peace and to be hereafter celebrated and known as ‘Armistice Day.’”

American effort during World War II saw the greatest mobilization of the U.S. Army, Navy, Marines, and Air Force in the nation’s history (more than 16 million people); some 5.7 million more served in the Korean War. In 1954, after lobbying efforts by veterans’ service organizations, the 83rd U.S. Congress amended the 1938 act that had made Armistice Day a holiday, striking the word “Armistice” in favor of “Veterans.” President Dwight D. Eisenhower signed the legislation on June 1, 1954. From then on, November 11 became a day to honor American veterans of all wars.

The next development in the story of Veterans Day unfolded in 1968, when Congress passed the Uniform Monday Holiday Act, which sought to ensure three-day weekends for federal employees—and encourage tourism and travel—by celebrating four national holidays (Washington’s Birthday, Memorial Day, Veterans Day and Columbus Day) on Mondays. The observation of Veterans Day was set as the fourth Monday in October. The first Veterans Day under the new law was Monday, October 25, 1971; confusion ensued, as many states disapproved of this change, and continued to observe the holiday on its original date.

In 1975, after it became evident that the actual date of Veterans Day carried historical and patriotic significance to many Americans, President Gerald Ford signed a new law returning the observation of Veterans Day to November 11th beginning in 1978. If November 11 falls on a Saturday or Sunday, the federal government observes the holiday on the previous Friday or following Monday, respectively. Government offices are closed on Veterans Day.

Veterans Day is not to be confused with Memorial Day—a common misunderstanding, according to the U.S. Department of Veterans Affairs. Memorial Day (the fourth Monday in May) honors American service members who died in service to their country or as a result of injuries incurred during battle, while Veterans Day pays tribute to all American veterans—living or dead—but especially gives thanks to living veterans who served their country honorably during war or peacetime. 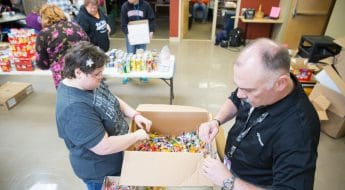 Record-breaking donations pour in for Troops 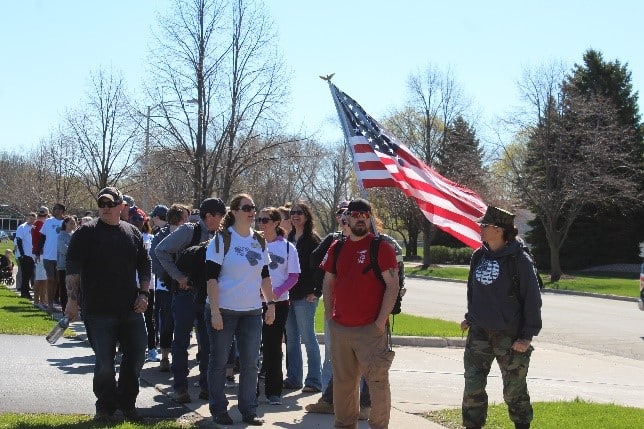 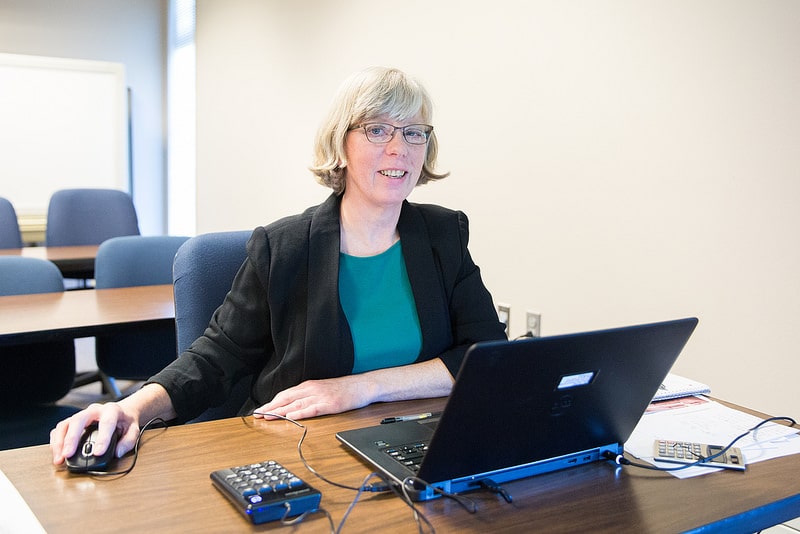