In part one we talked about the demographics and the composition of the veteran community, in part two we discuss the military structure. 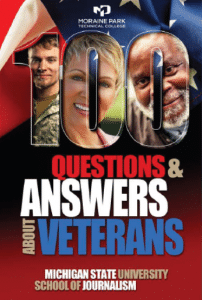 There are five branches of the military, the U.S. Army, Marines, Navy, Air Force and Coast Guard. The Department of the Army, Navy and Air Force are all directed by the Department of Defense (DOD) and the Marine Corps actually falls under the Department of the Navy. Last but not least, there’s the Coast Guard, which initially was under the Department of Transportation, now is controlled by the Department of Homeland Security. While the role of the armed services is predominantly a peace time force, we have an obligation to protect the United States (US) as well as its interests around the world. The Army, with its members known as soldiers are considered our primary land force, the Marines, act as an expeditionary force, and are often our units of first response. The Navy, whose focus is protection of the seas are usually referred to as sailors, and the Air Force, identified as airmen are responsible for the air and space. Finally the Coast Guard, whose primary mission is water recuse missions and homeland security and are referred to as coast guardsmen or coasties. There are also two other main support branches that many often forget but are an important part of this group. They’re the members of the National Guard and Reserves, referred to as guardsmen or reservists. The Guard is primarily responsible for responding to state emergencies and the reserves as a support force, but in the last 16 years both have played a major part in the country’s mission overseas in support of the war on terrorism.

Each branch of service is made up of many smaller units illustrated by these two graphics:

The military has a distinct chain of command starting with the President of the United States for the active duty components, and the Governors of each state when it comes to our National Guard units. From there it works its way down to three major types of service members (see the illustration), 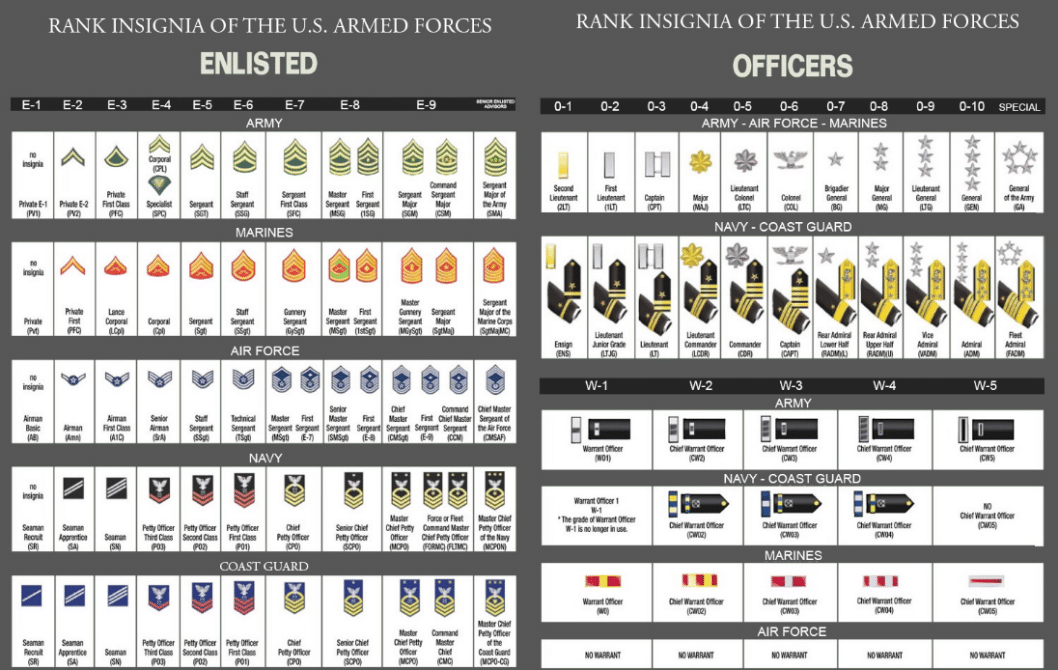 each with distinctly different levels of authority, knowledge and time in service. Commissioned officers command all members of their unit to include other officers that are junior to them. Officers though may rely heavily on the Non-Commissioned Officer (NCO), our next group, for their expertise and guidance. NCO’s, don’t normally command officers unless it’s in a training environment and will be in charge of those enlisted members junior to them.

Lastly, Warrant officers, are individuals with an advanced level of technical and tactical knowledge. Predominantly in roles as technical leaders, trainers, operators and managers.

As mentioned in our last entry, one way to identify a veteran might be by the use of military jargon. The military uses plenty of acronyms and slang terms as part of the military culture and service member have many ways to describe a person or an object, creating a language all its own, which could be a book in itself. To make matters worse each branch has their own slang terms and it could vary from era to era. Terms like “head” (urinal), “joe” (coffee or soldier) and “POG” (person other than grunt), are all terms understood by a particular branch or by those in a specific “MOS” (Military Occupational Specialty).

Finally, within the branches of service has always existed a rivalry which has created competition and bragging rights over the years. Rivalries are an important part of our military culture, they can motivate us to excel, provide comradery and even help carry on traditions, but no matter how much it seems the different branches disagree, when it comes down to it we are a team, we work together and makes us the strongest volunteer force in the world.

Stayed tuned for part three, when we discuss deployments, discharges and military benefits. 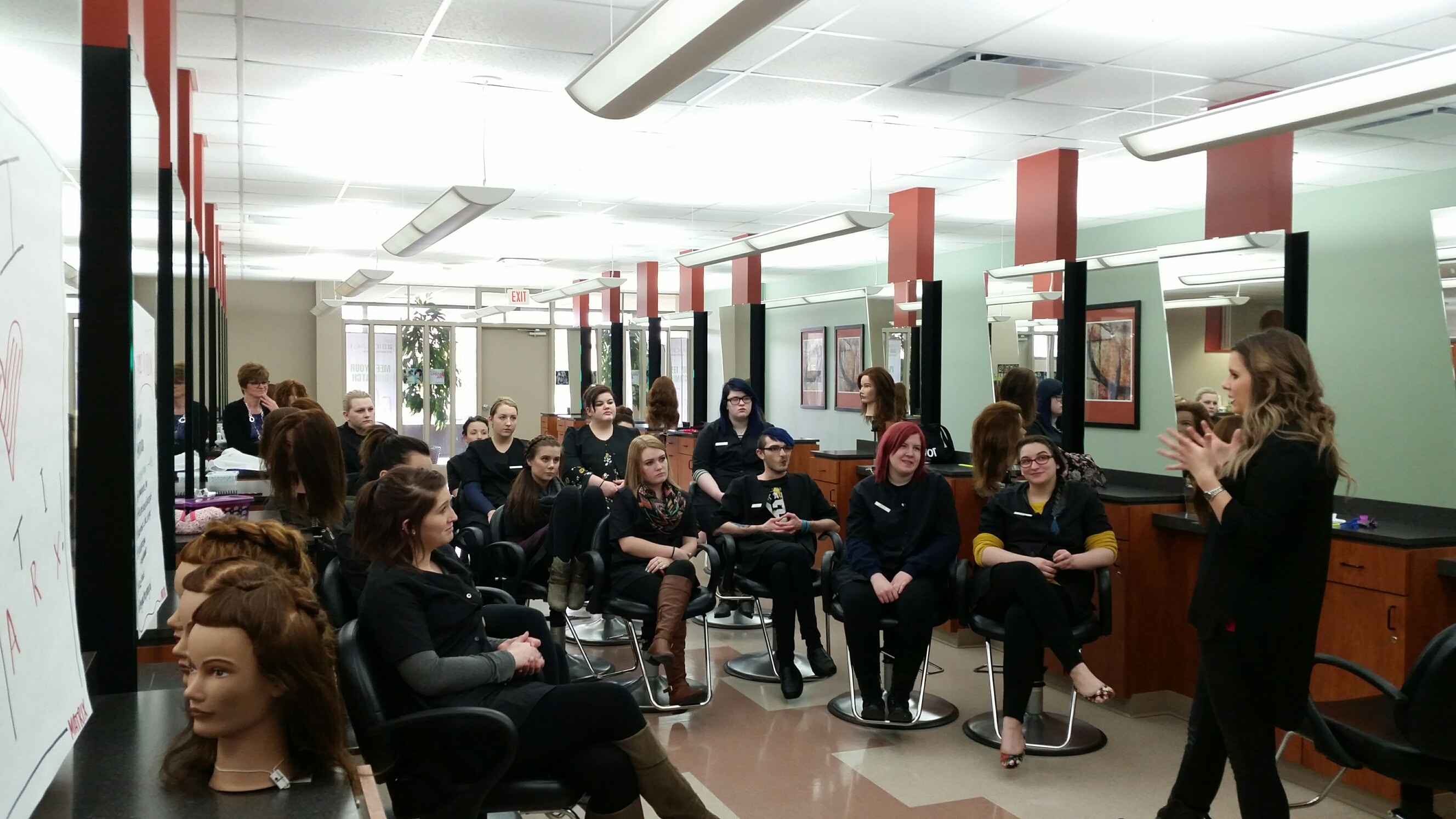