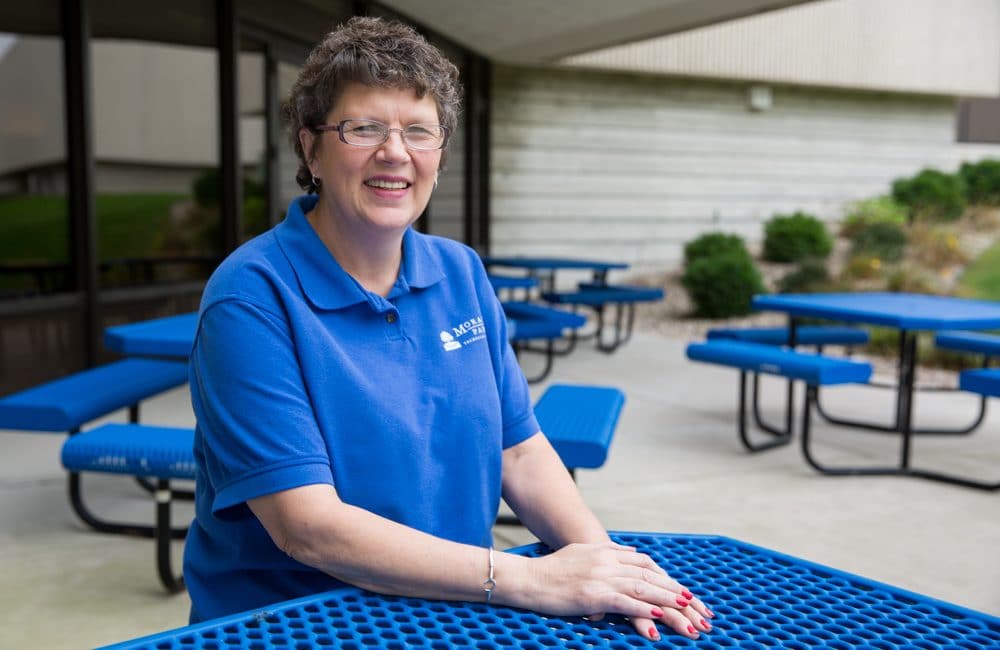 She didn’t know when. But deep within her soul, she knew it was coming. Some day.  Some day …

Her mother. Her grandmother. Her aunt. Her uncle. All passed away from cancer.

So for Renae O’Laughlin – a sweet 60-year-old housekeeper here at Moraine Park Technical College with a vibrant, positive spirit – getting a diagnosis of cancer seemed inevitable.

“I’ve had so many family members die from cancer, so it wasn’t a matter of ‘If I’ll get cancer.’ I’ve just always had the mindset that I was going to get cancer – that it was just a matter of time,” Renae said.

Unfortunately, she was right.

A little over a year ago, Renae finally went in for an overdue yearly mammogram. A busy 18 months had passed by, sweeping time forward nearly a half year past when she was supposed to be examined. It was a good thing she didn’t wait any longer.

“Right away they found something. They told me right away that I needed to do an ultrasound.”

Following a biopsy, on Sept. 8, 2015, the words she’d always been expecting to hear at some point in her life were finally uttered: “You have cancer.”

Tests had found a tumor inside the duct of her breast, and the tumor was beginning to spread. The good news was that Renae’s doctors determined it was very new.

About a week later, doctors performed surgery on Renae and months of chemo and radiation therapy followed.

Through it all, Renae kept her vibrant, positive spirit.

“A lot of people are frightened about it. I was not at all. I’ve gone through a lot in my life. I had a medical scare eight years ago, too. So I’m very accepting of whatever happens, happens,” Renae said, adding “And I’m quite religious, so I fall back on a lot of prayers.”

During her chemo treatments last fall, Renae even managed to participate and walk the entire length of Moraine Park’s annual Great Pink Pumpkin 5K Run/Walk. And she plans to be there again this year – this time as a survivor.

This positivity, along with her prayers and perseverance, paid off.

Renae is now cancer-free, as confirmed by a recent follow-up examination.

“It was a great relief. Not that I’ve been worried or concerned, but when you go back for your first mammogram after having breast cancer, and they tell you you don’t have it, it’s a big relief.”

Unfortunately, that’s not to say there’s only been good news for Renae.

About 10 months after she first heard the words “You have cancer,” this unwelcome phrase was also directed at her husband, Tom, who was diagnosed with non-Hodgkin’s lymphoma. He is currently multiple rounds into his own chemo treatments, and Renae said Tom is also maintaining a bright, positive attitude during his own battle.

It’s Renae’s own battle won, the battles lost by her mother and other family members, and the current battle of her husband that resonate loudly in her heart as she prepares for this year’s Great Pink Pumpkin 5K Run/Walk event at Moraine Park.

This year will be the College’s third annual fall event to raise Breast Cancer awareness, and Renae encourages all those with their own stories, connections and battles with cancer to come out and take part.

To uplift, or remember, or heal, or inspire, or mourn. Maybe all of it, if needed.

“It’s such a great event. My family and friends are all going to be coming. It’s a great thing to raise awareness,” Renae said.

The 2015 Great Pink Pumpkin 5K raised $10,000 for Breast Cancer Recovery. Over 600 participants and 60 volunteers helped make the event a success, and Moraine Park hopes to have 900 people in attendance at this year’s event.

According to Brenda Schaefer, Moraine Park social science instructor and co-chair of the event with Jeff Stueber, a business management instructor at the College, the goal of the Great Pink Pumpkin 5K is to connect with the community by providing different student-based service-learning projects. These projects include blood pressure screenings from the Medical Assistant program, activities for children sponsored by the Early Childhood Education program, handcrafted pink sprinkled cookies from the Culinary Arts students, and pink hair extensions donated by the Cosmetology program.

All participants are encouraged to register on or before Monday, Oct. 3, to be guaranteed a t-shirt and pink pumpkin. Day-of registrations will be accepted from 8-9:30 a.m. with the run/walk beginning at 10 a.m.

Money raised from this event will make it possible for women battling breast cancer to attend the “Infinite Boundaries Wellness Retreat,” organized by the Breast Cancer Recovery, an organization whose mission is to provide environments for women breast cancer survivors to heal emotionally. Learn more at bcrecovery.org. Last year, two $1,000 scholarships were also created from the last year. These scholarships went to individuals impacted by breast cancer. Stueber is hoping the number of scholarships can be increased to five this year.

“Every time you have an ache or a pain, you wonder if that could be it. If it’s back,” Renae said of her cancer.

But she said one thing helps bring peace of mind, and that’s regular check-ups – something she encourages everyone to make time for.

“I’m such an advocate of pushing people to get their mammogram done. That yearly mammogram is so important. It’s only 30 minutes of your life. If I hadn’t gone in, who knows where I would be.”

But, in the end, Renae said she doesn’t dwell on cancer. What was. Or what could be.

Instead, she keeps moving forward with a vibrant, positive spirit – thankful for all her blessings.

Deep within her soul, these matter most. Every day. Every day … 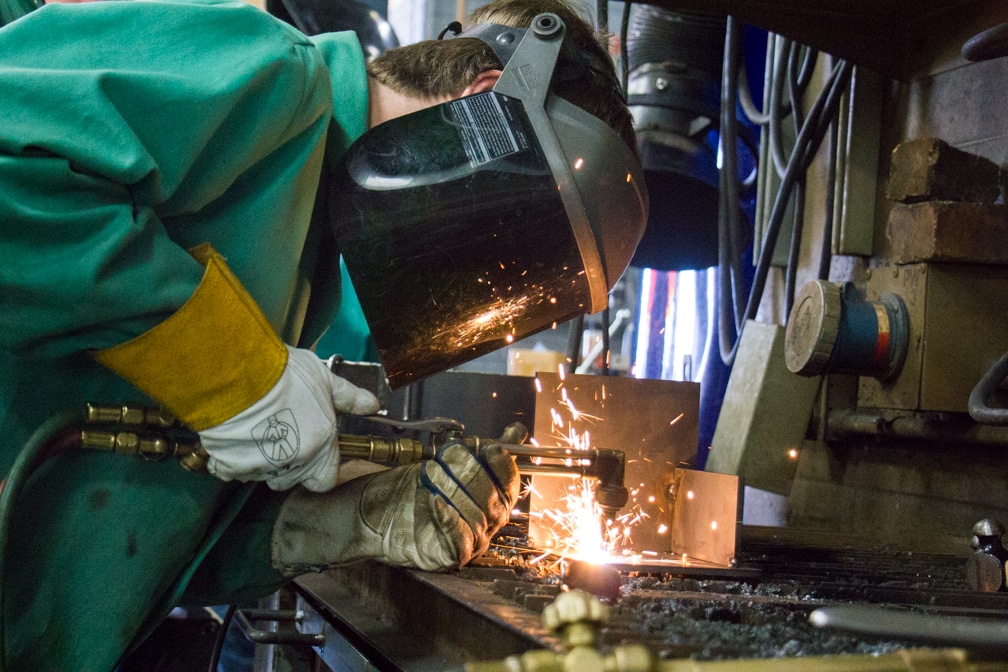 « Previous post
Boot Camps: The Student View – Part One
Next post »
Take the “On Ramp” before Career Showcase