Welcome to the Moraine Park District Board, Mike Schwab! 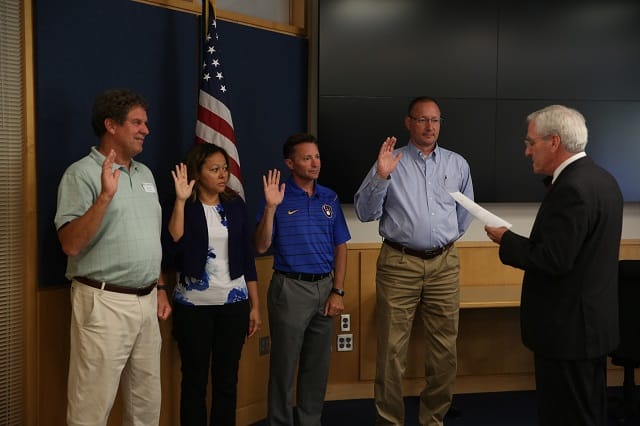 Mike Schwab of Jackson was sworn in on July 9 as the newest member of the Moraine Park Technical College District Board. He will serve as an elected official member representative, with a term expiring in June 2020.

Schwab is and has been an active part of the community of Jackson for many years. In 2009 he was appointed to serve on the Board of Public Works.  In 2011 he was elected and served for two years as Village Trustee and was then elected as Village President in 2015, where he has served for the last three years.

Schwab came to appreciate the technical college system after he found himself unhappy with his career and looking for a better fit. He enrolled in a local electrical apprenticeship program and completed his education. Since then he has been working to serve and speak to the quality education received through technical colleges. He previously served on the Electrical Advisory Committee and as an adjunct faculty for the electricity program at Moraine Park’s West Bend Campus. His appointment to Moraine Park’s District Board will allow him to continue to serve the technical college system.

“This is an opportunity to serve the residents and students of the Moraine Park Technical College District from the perspective of a technical college student, advisory board member, temporary instructor, parent of a former Moraine Park student, and now, also an elected official,” said Schwab.

Schwab’s community involvement is expansive as well, from serving at his church to being an active part of various committees and commissions within Jackson.  He is known to many as a leader and has gained respect from peers and friends along the way.

“Mike will be a great asset to our board,” said Bonnie Baerwald, president of Moraine Park. “His constant support of the technical college system and his personal experience with trade education make him a great fit for this role. He is a leader and a wonderful example of how we want to be represented within our communities. I look forward to watching our College benefit from his knowledge and guidance.”

Also sworn in alongside Schwab were Candy Fields of Mt. Calvary, Bob Lloyd of Lomira, and Bur Zeratsky of Green Lake, retaining their spots on the board as an employee, school district administrator, and employer members, respectively. Their new terms will expire in June 2021.

The 2018-19 District Board members for Moraine Park were also nominated into office during the meeting. The following board members will serve as officers: Mike Staral, chairperson; Burr Zeratsky, vice chairperson; Bob Lloyd, treasurer; Lowell Prill, secretary.

Moraine Park hosts “All in One Shot” event 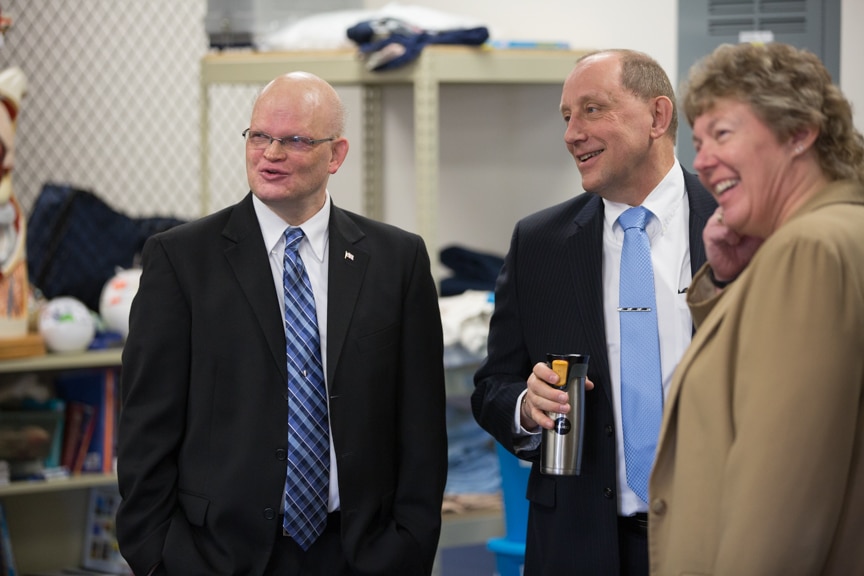