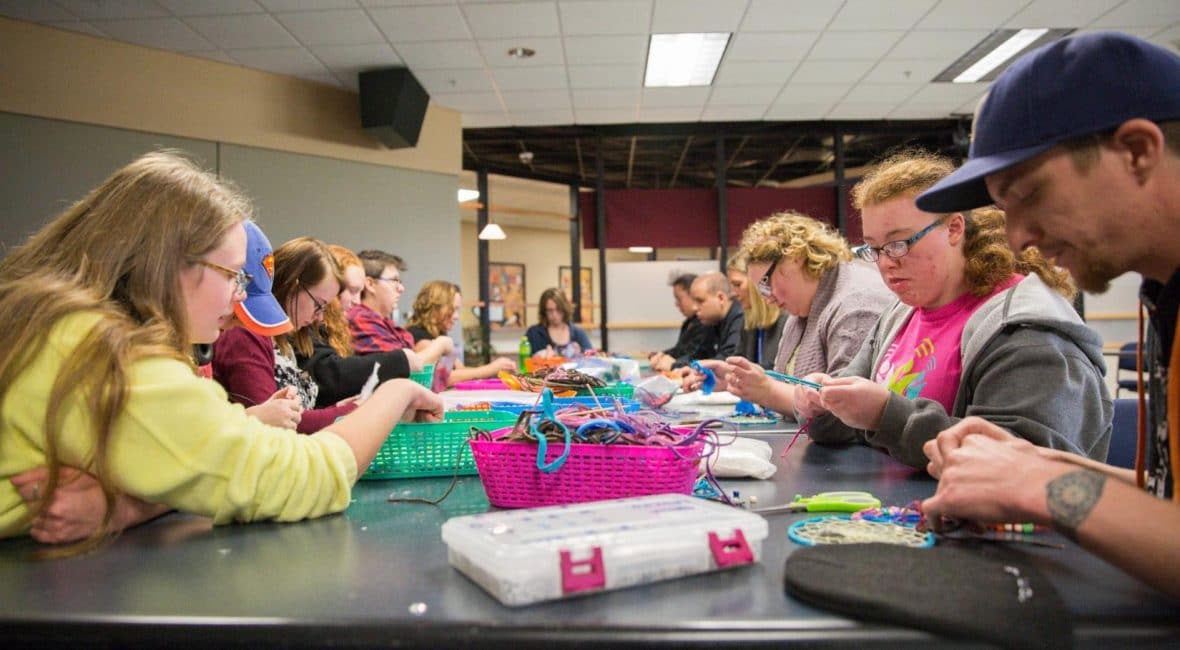 Fond du Lac Student Senate recently sponsored a “Build-your-own Dream Catcher” event to celebrate Native American Heritage Month, which is November. Lisa from the agency, Everything but the Mime, educated students on how to create their own dream catcher.

Tacos and Native American fried bread were provided by Marlena Oechsner and Canteen Cafeteria.  I have to say, the fried 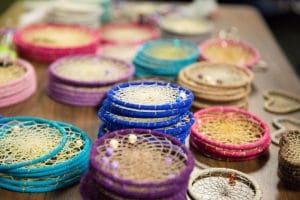 bread was spot on. It tasted just like I remember! My grandfather was from Nicaragua from MesoAmerican tribe called Miskito who live on Isla de las Perlas near Bluefield, Nicaragua. He made a similar bread which my grandmother made and taught all the grand kids to make it. It was great to connect and enjoy a piece of my heritage and to see other enjoy this lovely yet simple piece of bread.

According to Dream Catcher Lore, Native Americans believe that the night air is filled with dreams both good and bad. The dream catcher, when hung over or near your bed swinging freely in the air, catches the dreams as they flow by. The good dreams know how to pass through the dream catcher, slipping through the outer holes and slide down the soft feathers so gently that many times the sleeper does not know that he/she is dreaming. The bad dreams, not knowing the way, get tangled in the dream catcher and pass on with the first light of the new day. A Dream Catcher is created by using a hoop of willow, and decorating it with bits and pieces of everyday life, e.g. feathers, arrowheads, and/or beads. 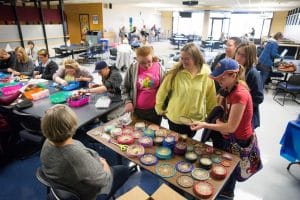 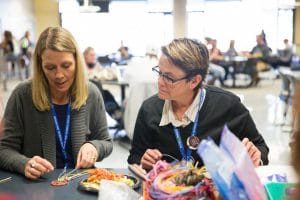 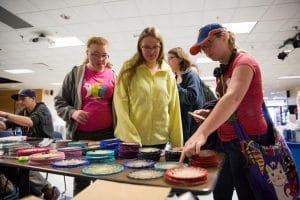 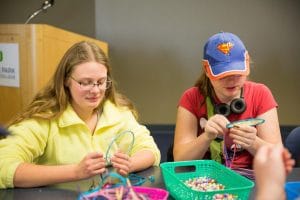 Although the principle of the dream catcher is similar from tribe to tribe, there are some differences. The Ojibwa believe that a dream catcher filters a person’s dreams. Bad dreams are caught in the web, to be burned away by the morning sun, while good dreams are guided through a small hole in the center, and then to the feathers and into the sleeper’s head. The Lakota dream catcher works slightly different manner. The Lakota believe that good dreams are caught by the web, almost as if they were picked out of the air, and then are carried with the dream catcher’s owner for the rest of his or her days. Bad dreams, however, pass through the hole in the center as completely harmless. 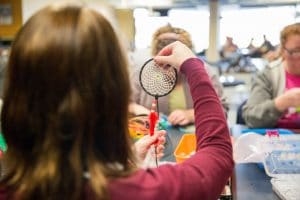 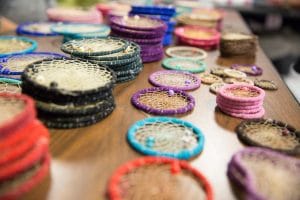 It was a very fun and relaxing activity. I was there with my friends and coworkers for at least one hour and 30 minutes. According to Shema (MPTC student), “Creative, relaxing, fun. It was great moment and express my creativity in a cultural activity!” Also Rachel (MPTC student) mentioned to Laurice and me, “This event was a great experience because it was unique.  I think it’s important to learn about all the diverse backgrounds of staff and students at Moraine Park.  The more we learn about each culture, the better understanding we will have about each other. I also liked the fact that it was stress-free and relaxing.” 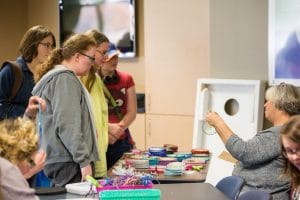 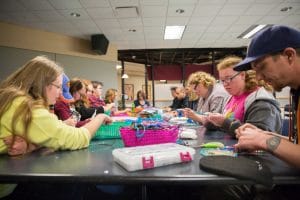 Here’s a few fun facts you probably did not know about Native Americans:

If you’re interested in participating or putting on an event like this to promote ethnic awareness, please contact Sam Saeger, Student Life specialist at the Fond du Lac campus, at ssaeger@morainepark.edu and 920-924-3101.

If you are a student who would like to more information about cultural experience and/or share ideas on how to engage students of diverse ethnic background, please contact Laurice Snyder Diversity Relations Manager at lsnyder2@morainepark.edu or 920-924-6355.

The Diversity Relations Office is located in the Student Engagement Center across from the cafeteria on the Fond du Lac campus. It is a resource for both students and staff to engage in cultural support and understanding about the diverse student body in the Moraine Park district. Diversity Relations staff is also available in Beaver Dam on Tuesdays and in West Bend on Mondays, Wednesdays and Fridays.

PHOTOS: A look back at Portfolio Showcase 2017 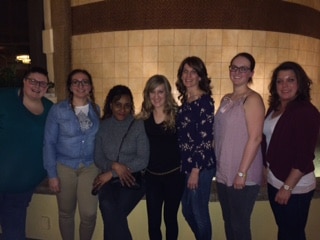