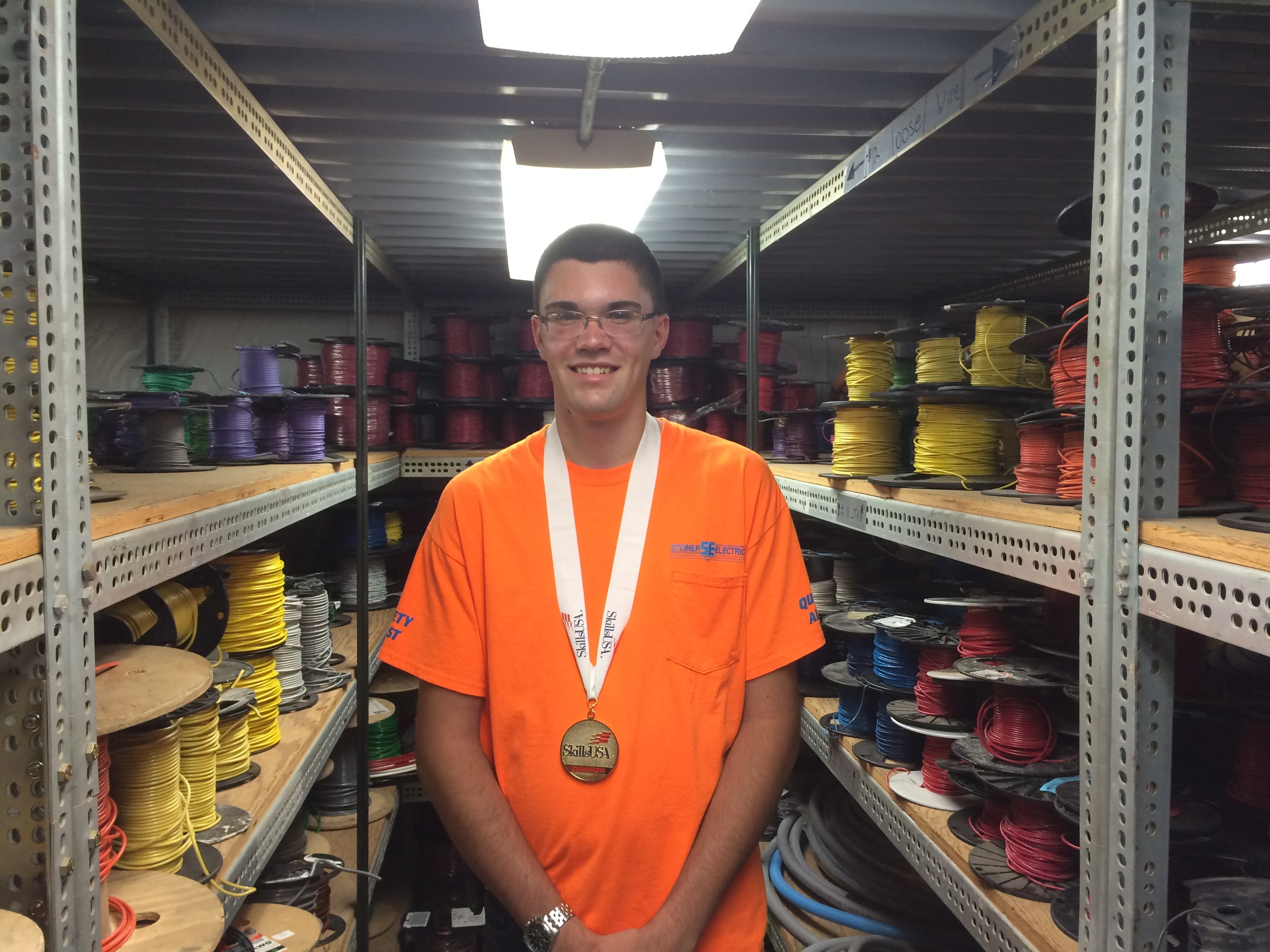 “I was in shock,” said Kissinger of West Bend. “When my name was shown on the board, everyone around me went crazy and started cheering. It was hard to believe. It still hasn’t set in completely that I won.”

Best of the Best

At the national event, Kissinger felt like he would have a decent chance at placing high but understood the competition was going to be tough. More than 6,000 career and technical education students –– all state contest winners –– competed hands-on in 100 different trade, technical and leadership fields. Students worked against the clock and each other before the judges thoroughly examined each individual’s work.

For Kissinger, his assigned scenario was designing a circuit for a blower that could fill a box with packing peanuts, and making sure everything worked properly. In addition, scores factored in written code tests, conduit bending, diagrams, troubleshooting and workspace safety and cleanliness.

In the end, Kissinger’s work was ranked the very best.

“When I had Devin in my Industrial Wiring classes, I knew he was going to go places in this field. He built things in our classes that I’ve never seen anyone do before. It was so great to see a student excel like this. He’s one of the most-skilled, and more important, hardest-working students that I’ve had over my eight-year career here at Moraine Park.”

Kissinger said he is thankful for the skills he learned at Moraine Park, which not only helped him in his recent competitions, but also in his apprenticeship role now at Steiner Electric, Inc., in West Bend.

“The skills at Moraine Park apply greatly to the workforce. A lot of what we did in the classroom are things I’m doing every day in the field,” Kissinger said. “The instructors were very helpful, and it was a very positive atmosphere.”

Kissinger also credits his upbringing for his successes. His family is filled with contractors and skilled workers, and many times growing up he would work alongside his grandfather and other family members remodeling homes.

Kissinger is thought to be the first-ever national champion ever from Moraine Park in SkillsUSA. While this accomplishment is clearly a hallmark achievement for Moraine Park’s electrical program, it’s not the only one.

Wamsley has been named the Wisconsin SkillsUSA Advisor of the Year, and said it’s a humbling honor for him to get this recognition.

“Winning Advisor of the Year was totally unexpected. I do these SkillsUSA competitions strictly for the students and Moraine Park’s electricity program. It’s not about me, it’s all about them,” Wamsley said. “So I’m honored by this award, truly, but if I didn’t have the right students – the ones that put in extra effort, then I wouldn’t be doing this. At the end of the day, it’s them that drives me to do this, so I have many students to thank for this award.”

Tom Wazniak, the state director for SkillsUSA, nominated Wamsley for the Advisor of the Year award. 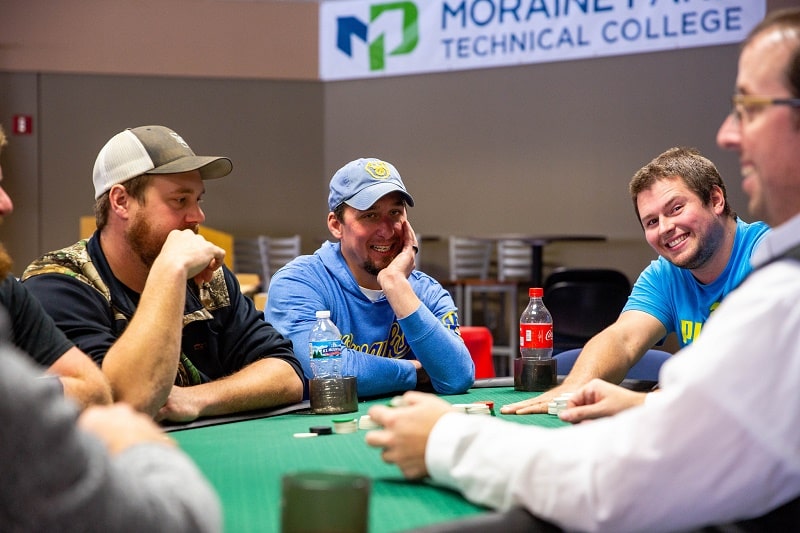 « Previous post
When will my financial aid come to Moraine Park, and when will I get a refund?
Next post »
Wheels of Fortune: EMS/Paramedic program gets huge donation