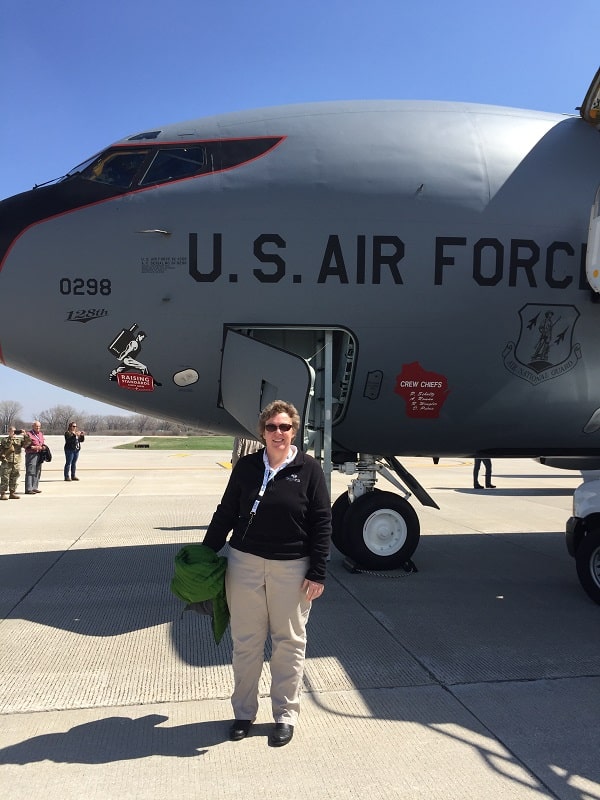 The KC‐135 Stratotanker Air Refueling Mission departed from Madison’s Truax Field. Employers learned about the 115th Fighter Wing and received a Base tour. Bonnie joined other employers of the 115th Fighter Wing members – Wisconsin Air National Guard on a 2 ½ hour mission to conduct an In‐Flight Refueling of US Military Aircraft. Employers received information about the Wisconsin Air National Guard and its crucial role in our nation’s defense mission and why employer support is critical to the success of our reserve forces.

Employers also received a short briefing on the services provided by ESGR and roles performed to support them and their military employees to better understand their employee’s vital role in todays’ military.

“The purpose of the ESGR Boss Lift Program is to provide employers and supervisors the opportunity to better understand what their employees do when they are away from their civilian occupations for military duty,” said Scott Lieburn, MPTC’s Dean of Students and current member of the 115th Fighter Wing.