A Desire to Serve 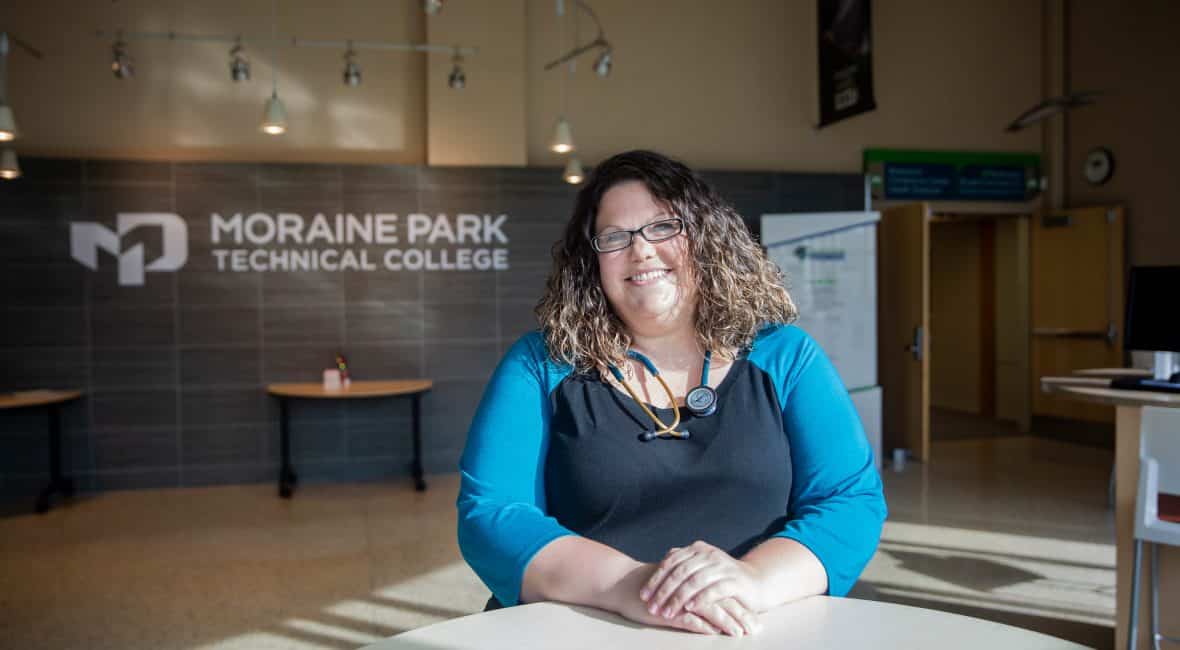 Jackie Fuller, of Theresa, graduated from Moraine Park’s Cosmetology program in 2002. She worked as a hairstylist at Cedar Community Assisted Living in West Bend for 11 years until a new passion led her back through Moraine Park’s doors.

At Cedar Community, Fuller fell in love with transforming people’s hair and putting smiles on the residents’ faces, especially in hard times. Eventually, watching residents fall ill and experiencing loss in her own family took a toll, and she realized she was destined to do more.

“By the time I was 27, I had lost both of my parents,” Fuller said. “Watching them get sick without knowing how to help was one of the hardest things I’ve had to do. Being so young and not having my parents was, and still is, a challenge. I felt driven to learn how to help people in their time of need.”

Fuller enrolled in Moraine Park’s Nursing program in 2020 and will graduate in December. Since starting the program, she has become the vice president of the Student Nursing Association and a member of the Beaver Dam Campus Student Senate.

Outside of school, Fuller enjoys spending time with her family. She has a fiancé and two teenage sons. The boys both fully support their mom going back to school and love to help her study with flashcards and quizzes.

“My kids are getting older,” she said. “I want to be able to show them they can be anything they want to be and that it’s never too late.”

Fuller was recently hired at Froedtert in West Bend where she works as a critical care technician. After she graduates, she will stay at Froedtert as a nurse and plans to pursue a Bachelor of Science in Nursing (BSN). She still tends to her first passion by keeping her cosmetology license up to date.

“From my first appointment at Moraine Park, I was encouraged to make steps forward in my career,” Fuller said. “It took me a while to push through those doors, but I am so glad I did. Moraine Park has been there every step of the way, allowing me to explore both of my passions.”

It’s no secret frontline workers fuel the economy. Each year, more than 1,000 Moraine Park alumni enter the workforce and make an impact on local industries and current worker shortages. We are incredibly proud of the many alumni in our communities and the passionate work they do to keep us moving forward.

For more stories like Jackie’s, check out our Spring 2022 NEXT Magazine.