More than a Technical College 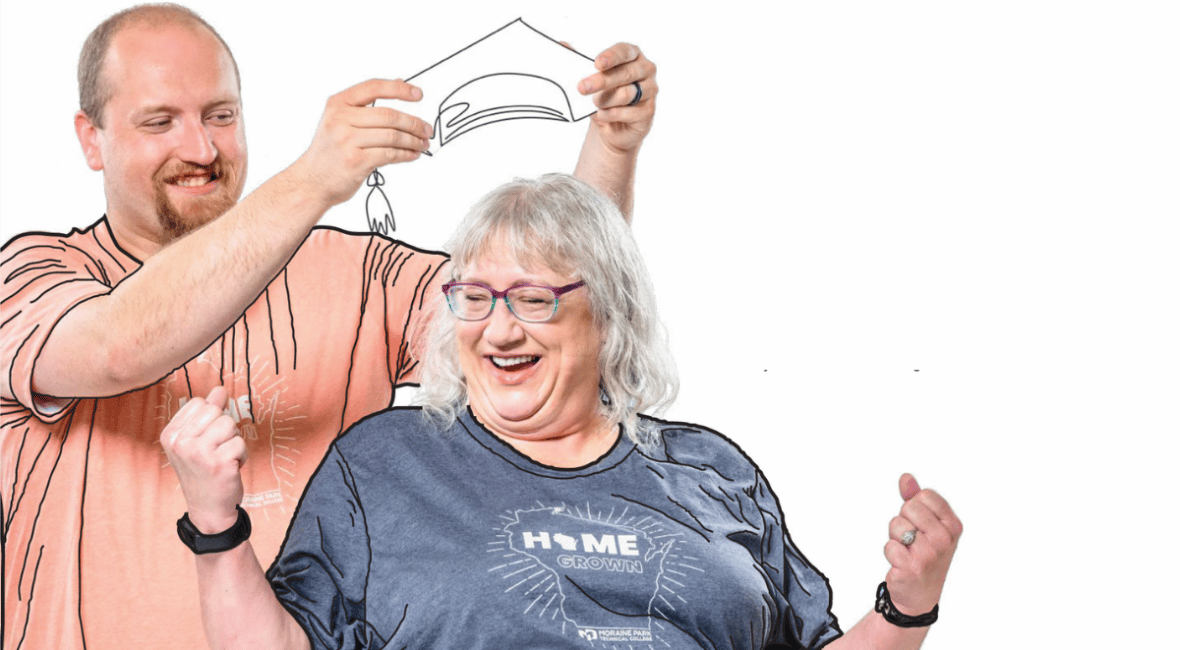 Moraine Park is much more than a technical college. For many, it is a starting point, second chance, resource, reset or road to redemption.

For Linda Huckaby and her son Mike, their decisions to attend Moraine Park were both different and uniquely life-changing.

After leaving the Air Force, Mike Huckaby struggled to find the direction and ambition to make a much-needed change. In 2015, he returned to school and started in Moraine Park’s HVAC Installation Technician program–a decision that would change the course of his life for good.

“I chose Moraine Park because it was a college with multiple opportunities,” Mike said. “When I visited campus, the staff were very encouraging and enthusiastic about future students. I am always talking about the experience I had at Moraine Park, and often encourage my employer to recruit from the College.”

Mike graduated in 2017 and began working as a technician for Johnson Controls in Milwaukee. Beyond a stable career, Moraine Park also opened Mike up to student clubs, experiences and many new friends. In his last general education course at Moraine Park, Mike met, began dating and fell in love with his classmate, April, who was in the Medical Assistant program. The two were married in 2020 and recently welcomed their first child.

Through Mike’s education, his mother, Linda Huckaby, proudly watched as her son’s life transformed by his decision to attend Moraine Park. Five years later, after the loss of her husband, she knew she could rely on Moraine Park to help her find her next path.

“After my husband died, I was on the floor for a long time,” Linda said. “Eventually, I had to get up and start setting new goals for myself. Time will go by no matter what. It is never too late to go back to school and do whatever you want to do or be whoever you want to be.”

In 2021, Linda enrolled in Moraine Park’s Accounting program because she would be able to work from home after graduation. Linda struggles with degenerative disc and PTSD, which can make traditional work arrangements difficult.

“On my first day of school at Moraine Park, I was a deer in the headlights,” she said. “After class, Steve Pepper, Moraine Park’s student veterans specialist, had to help me jumpstart my car–I was so nervous I had kept it running!”

Since enrolling in Moraine Park, Linda has been awarded multiple scholarships, received counseling, joined the Fond du Lac Area Women’s Fund Development Committee and even got her real estate license in hopes of combining real estate and accounting in a future career.

“I am really happy for my mom that she is getting her life in gear at Moraine Park,” Mike said. “It is never too late to start over, and every step you take to better your life is worth seizing.”

Read more stories like Mike and Linda’s in our Fall/Winter 2022 NEXT Magazine.