Moraine Park Student Named as ABC’s Apprentice of the Year

Moraine Park apprentice, John Dondlinger, employed by Eagle Construction Co., Inc. in Wisconsin Rapids, was named as the Associated Builders and Contractors (ABC) 2019 Apprentice of the Year at the ABC annual graduation banquet in Wisconsin Dells.

The Apprentice of the Year award goes to an apprentice who is in good standing, is at least half-way through the apprenticeship program, demonstrates a high degree of professionalism, and is highly regarded by other apprentices, instructors, and employers. Dondlinger is known for his quiet presence in the classroom and is regarded as a lead-by-example student who is willing to jump in and help others understand how to complete a task correctly.

Moraine Park Alumni, Jacob Moody, served as the event keynote speaker. Moody, a 2018 graduate from the carpentry apprenticeship, is a journeyman carpenter for Kraemer Brothers in Plain. He joined the Kraemer Brothers team in 2007 as a laborer, and today he holds two apprenticeship completion cards in the state of Wisconsin for construction craft laborer and carpentry. Moody also took first place in carpentry at the ABC of Wisconsin Skills Competition in 2018 and went on to win first place at ABC’s National Craft Championships.

In his speech, Moody recalled his journey through apprenticeship and thanked those who helped him along the way, particularly Moraine Park instructor Gary Roehrig and Darrell Kraemer of Kraemer Brothers. He highlighted his experiences competing at the National Craft Championships and encouraged the soon-to-be-graduates to stay involved in ABC.

“These apprentices are now journeymen in their trade who will add each and every one of their abilities to our workforce,” Moody said. “There are going to be many more opportunities for all of you. Just remember don’t be afraid, don’t put boundaries around you, never stop learning, and enjoy your lives while you’re at it.” 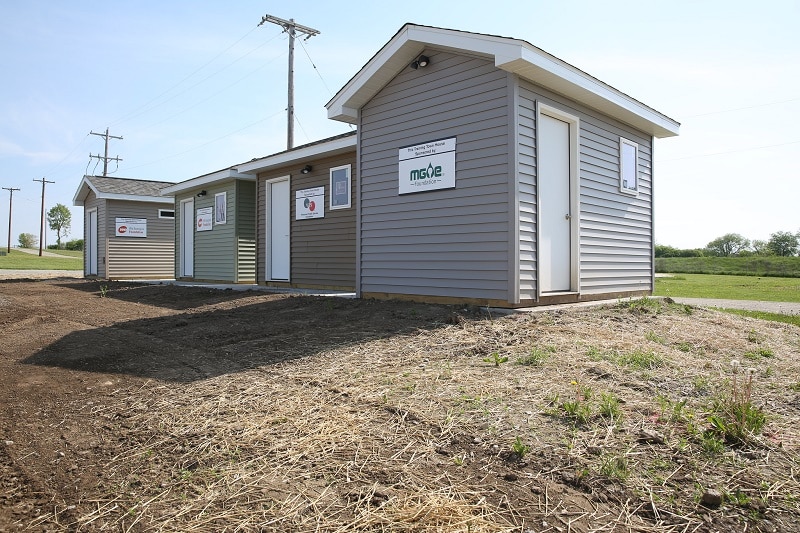